Filming of the Doctor Who 50th Anniversary episode has finished according to the show’s SFX supervisor Danny Hargreaves who tweeted the following: 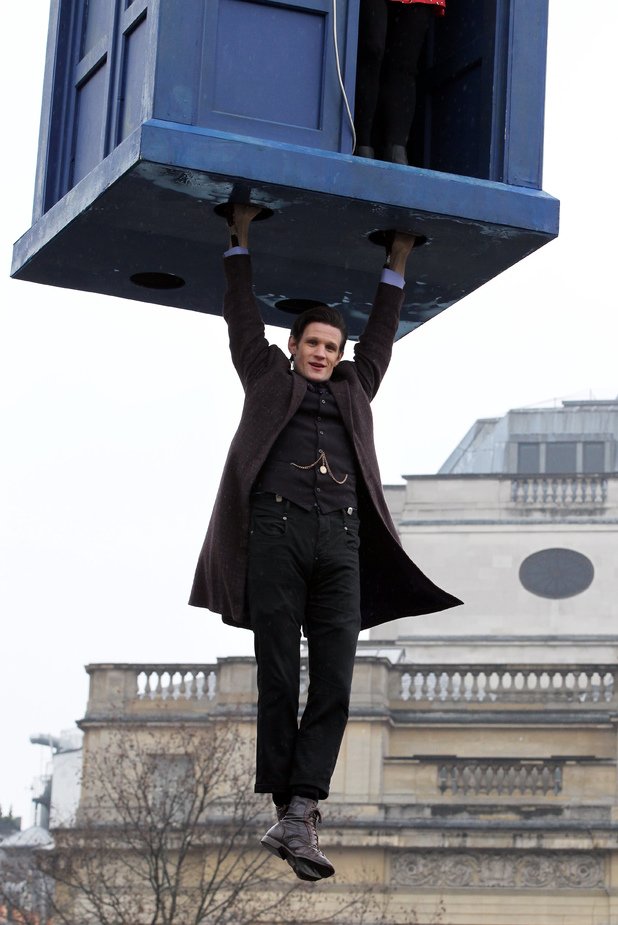 The anniversary special will air in November and star Matt Smith and Jenna-Louise Coleman, and see the return of David Tennant and Billie Piper. Sadly Christopher Eccleston turned down an offer to return for the 50th Anniversary episode. This is upsetting news as Eccleston was my first Doctor since my childhood.

Speaking of childhood Doctors, although the content of the episode has been kept quiet it seems there will be no other incarnations of the Doctor popping up, neither will Captain Jack Harness (John Barrowman) be seen.

Fans have captured pictures of John Hurt on location filming. Wonder who he’ll play. There’s also news that the Tenth Doctor’s TARDIS was seen on location in Wales and Matt Smith was pictured hanging from the TARDIS in Trafalgar Square.

Are you excited about the Dr Who 50th Anniversary episode?