Occasionally there are episodes of Pretty Little Liars that will get me thinking beyond what is being shown to me and The Guilty Girl’s Handbook is such an episode. Hanna is not taking her mum’s imprisonment lying down and has decided to confess to killing Wilden to get her mum released. She enlists the help of Mona, the greatest liar of them all, to help her with her confession.  Now as I watched Hanna and Mona walk through the supposedly fake events leading up to Wilden’s death, I have to say that I wondered for a moment if Hanna actually did kill the sleazy detective. 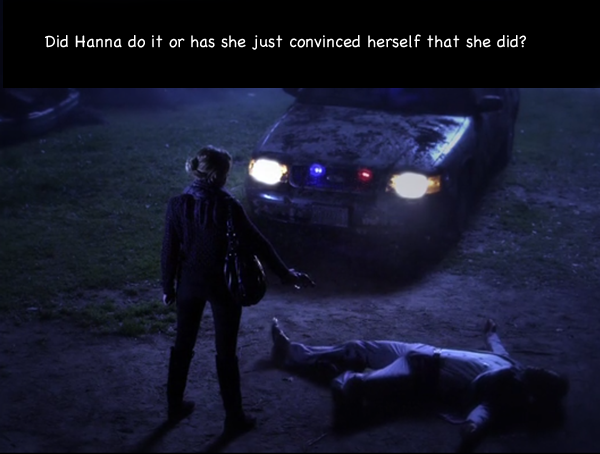 I know it was Mona’s job to make Hanna’s confession believable to the point where she believed it herself but those scenes of Hanna shooting Wilden felt a lot like flashback memories. They were probably used to confuse us simple viewers and I commend the writers for throwing me off my game. Whilst my brain was processing the possibility that Hanna did kill Wilden, Mona confessed to the crime. This had me going off on another tangent. Hanna isn’t as stupid as some like to think. Is it possible that she enlisted Mona’s help knowing full well that Mona would end up confessing? I think Mona is unhinged enough to experience guilt transference and the way they went through the confession over and over again, it’s possible that she convinced herself that she actually killed Wilden. 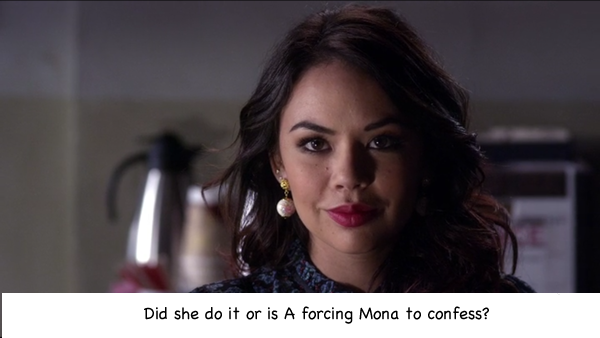 I know there was the scene where Hanna was leaving the house and Caleb stopped her but whose to say she was actually going to the police station? If that wasn’t her endgame then I still believe she used Mona to get A to back off. If there was no guilt transference then there had to be some A intervention. There’s no way A was going to let Hanna confess so Mona was used as a scapegoat instead. Hanna knew this. 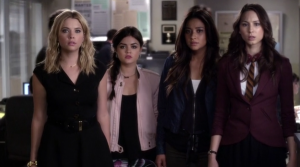 Maybe I’m giving Hanna more credit than she deserves but I think in this case either way, it’s warranted.

What do you think is Hanna a devious mastermind or is it wishful thinking on my part?