Marking the anniversary of Xena: Warrior Princess just reminds me of how old I am and how quickly time flies. Ever since Xena unleashed her chakram in her own series, on 4 September 1995, it remains a significant cult classic. Despite being 25 years old, the show still has a strong fan following and continues to gain new fans.

Having spun off of the TV series, Hercules the Legendary Journeys, there was a built-in fan base ready to show it some love. Who knew that the show would develop a distinct fanbase from Hercules as the writers teased the audience with subtext, playing up the “are they”, “aren’t they” relationship between Xena and her sidekick, Gabrielle.

In 2015 fans that had been calling for a reboot, almost got their wish. Producers NBC were close to rebooting the series, with Lucy Lawless set to have a place behind the scenes. The project also involved original executive producers Rob Tapert and Sam Raimi and NBC hired writer Javier Grillo-Marxuach (Lost) to write a script. There was talk of the new series airing as early as 2016, but by 2017, the show was shelved.

In April 2017, Grillo-Marxuach announced on Twitter he had left the series over creative differences. His vision for the reimagined Xena meant that he would have explored the romantic relationship that existed between Xena and Gabrielle. 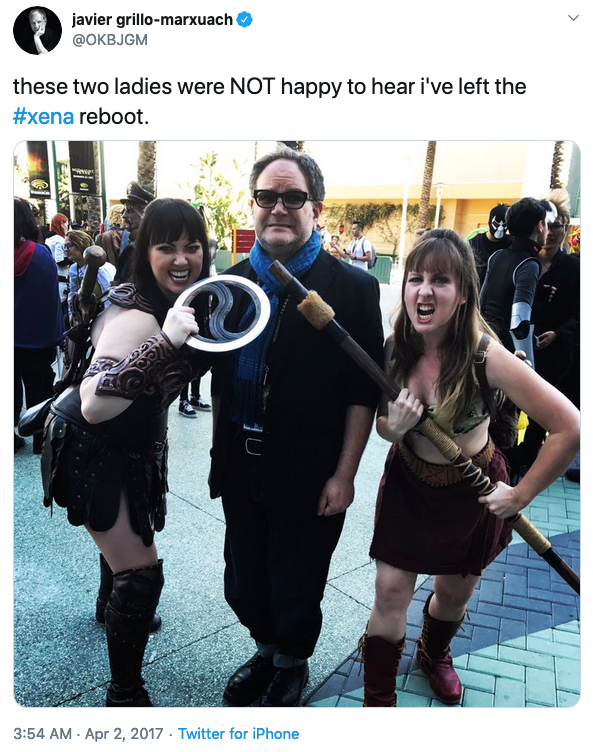 Speaking about the reboot in 2016, he said: “Xena will be a very different show made for very different reasons. There is no reason to bring back Xena if it is not there for the purpose of fully exploring a relationship that could only be shown subtextually in first-run syndication in the 1990s.”

NBC Entertainment president Jennifer Salke confirmed that the reboot was dead, telling The Hollywood Reporter: “Nothing is happening on that right now. We looked at some material; we decided at that point that it didn’t warrant the reboot.”

“I’d never say never on that one because it’s such a beloved title, but the current incarnation of it is dead.”

With the new series shelved, the Facebook fan group, Xena Movie Campaign leaked the script for the pilot episode online with the support of Grillo-Marxuach. You can read it below:

Did we need a reboot? 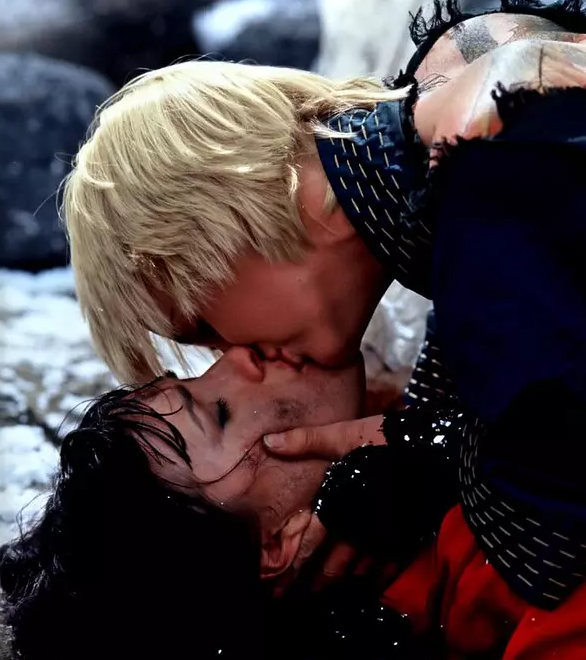 As a lifelong fan with the all six seasons on DVD at my disposal, I admit, I can’t imagine anyone else playing Xena but Lucy Lawless.

The series was groundbreaking in its portrayals of gender, race and sexuality. The casting of a black actress, Gina Torres, as Cleopatra elicited many watercooler conversations about the whitewashing of Egyptian history. Xena also captured the imagination of many LGBTQ folks and lead the way for more diversity in television.

In 2014, The 100 fans celebrated the inclusion of a lesbian character as something new and special but Xena had already broken that ground with a litany of powerful women that had nurtured and influenced her over the decades.  Although Xena and Gabrielle’s relationship was subtextual, there were characters who were unmistakably gay. Religious zealot Najara and Norse woman Brunhilda both fell in love with Gabrielle, to name two.

Xena: Warrior Princess is a brilliant series with a start, middle and end that went out on its own terms. There were one or two silly episodes and quite a few clip episodes, but the writing was strong for the most part and the story of Xena and Gabrielle captured the hearts and minds of many.  It definitely doesn’t need a reboot.