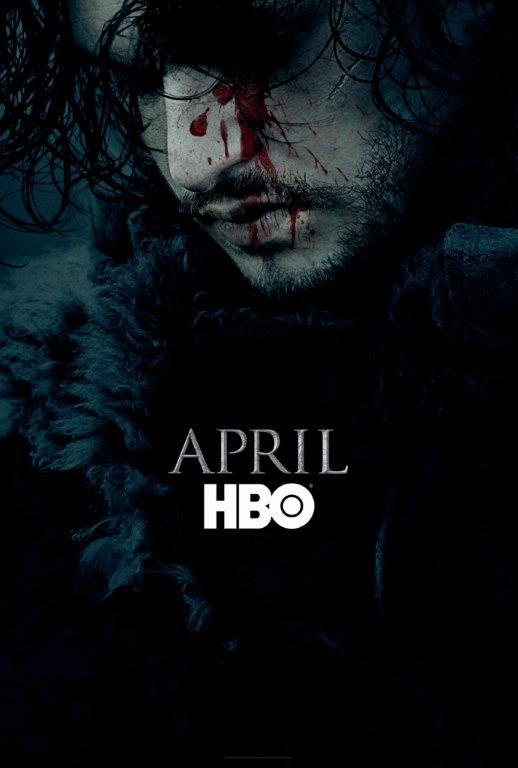 With less than 48 hours to go before the Game of Thrones Season 6 premiere, I’m still of the opinion that Jon Snow is alive. I know you feel the same way and like me, you are probably unimpressed with showrunners and actors telling you otherwise. Even when Jon Snow actor, Kit Harrington insists he’s just playing a corpse this season, I’m not sold. Why is that? Surely dead is dead?

We could ask President Obama for spoilers seeing as he’s had the privilege of previewing season six. We know he’s a big Game of Thrones fan but that’s taking fanboying to a level us commoners will never be able to reach. I really need to up my status. If anyone is looking for a queen, I’m game.

Anyway, the evidence of Jon Snow’s death was right in our faces in the season 5 finale, Mother’s Mercy. We saw Jon stabbed six times and left to die. There are no ambulances speeding their way to Castle Black. But we did get a glimpse of Melisandre arriving at Castle Black after the battle at Winterfell. Her arrival gave me hope. It’s what I’ve been clinging to for all these months.

But will the Red Woman bring Jon Snow back from the dead or will it be another devotee of the Red God? There is news that Paul Kaye, who played Red Priest Thoros of Myr in season three of Game of Thrones, will be returning in season six. We’ve seen Thoros resurrect the dead before so could he do it for Jon Snow?

At this point I don’t care who brings Jon back from the dead, I just want him brought back. I have visions of Jon Snow, Bran Stark, Arya Stark, Daenerys Targaryen and Tyrion Lannister being the last ones standing when the game is done. Make it so George RR Martin!

Winter is Coming! Let’s have at it!

David Tennant to host Shakespeare Live! From The RSC on 23 April
Next Post: Game of Thrones Season 6 Premiere: The Red Woman