Smallville and Castle using social media to catch the baddies

Man crush is out and Bromance is in 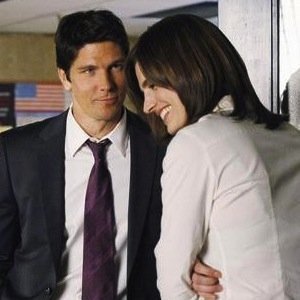 A couple of years ago lots of TV shows were over using the the term “man crush” but it’s clearly passé as everyone rushes to work this latest pop culture term into their scripts.

How many of your favourite shows worked “bromance” into the dialogue this week?

In the Smallville episode Upgrade, Tess Mercer had nothing better to worry about than Clark and Zod’s new found bromance.

Sometimes shows manage to work pop culture terms into scripts quite naturally: Buffy was always great at doing it. Actually Buffy managed to bring a whole new language to the masses.

NCIS does a great job of keeping Gibbs up to speed on new technology and social media and it’s natural because we know he’s on a steep learning curve.

However, this week in Castle we had Rick checking out Twitter for a lead which was funny for those who know how much time Nathan Fillion (Castle) spends on Twitter in real life. It all seemed natural until Tess Mercer was checking blogs for a beat on a snow storm problem in Smallville. Add that to her earlier bromance comment and alarm bells started ringing.

Are the writers being tasked with throwing in as much pop culture, current technology terms and isms into a script each week to appeal to a certain demographic. If so, could they be more obvious? (me channelling Chandler Bing from Friends). I applaud them for trying to keep up with the times but subtlety is key.

As an aside, it’s great to see Micahel Trucco (Battlestar Galactica) in Castle. So say we all!