Karen Gillan looks badass in Guardians of the Galaxy trailer 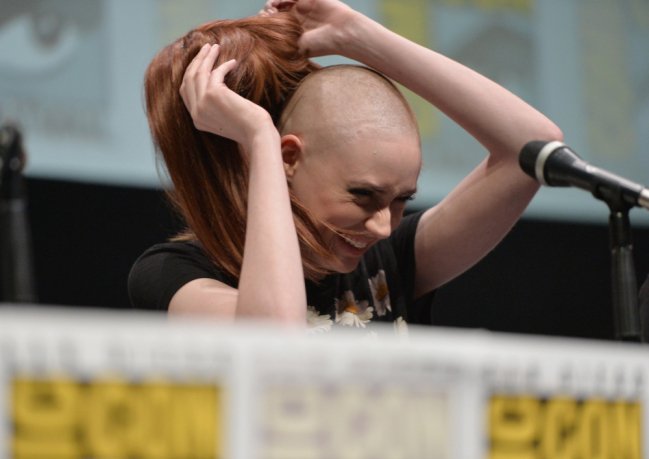 Doctor Who’s Karen Gillan has been seen in numerous pictures with a shaved head and here’s why.  The first full trailer for Marvel’s much hyped superhero film Guardians of the Galaxy has been unveiled. In it Karen plays the blue skinned villainous Nebula.

In the trailer Karen as Nebula is wielding two sharp blades as she prepares to do battle with Peter Quill (played by Chris Pratt) and his deformed space-based superheroes.

Guardians of the Galaxy follows the adventures of Peter Quill (Pratt), a half human/half alien traveller, who finds himself in trouble after stealing a mysterious orb coveted by mercenary space pirate, Nebula and Ronan (Lee Pace), a powerful villain with ambitions that threaten the entire universe.

The movie is set for a summer release. Sounds like one to watch out for.

Filed under Doctor Who, Film