Game of Thrones spoilers: Is Jon Snow alive or dead?

Spoilers below for future episodes of Game of Thrones. If you buy into the hype that Jon Snow is dead than go read how Game of Thrones got into the Guinness Book of Records.

I think it’s time that HBO stopped trying to make fans believe that Jon Snow is dead. Ever since the end of season 5, the GoT PR machine have insisted that Jon Snow is “deader than dead” but there are enough pictures of actor Kit Harrington on set for us to believe otherwise.

Watchers on the Wall is a popular go to place for pictures of actors on the set of Game of Thrones sent in by fans and now it seems the paparazzi are getting in on the act. Below is a pap photo of Kit on the Thrones set. 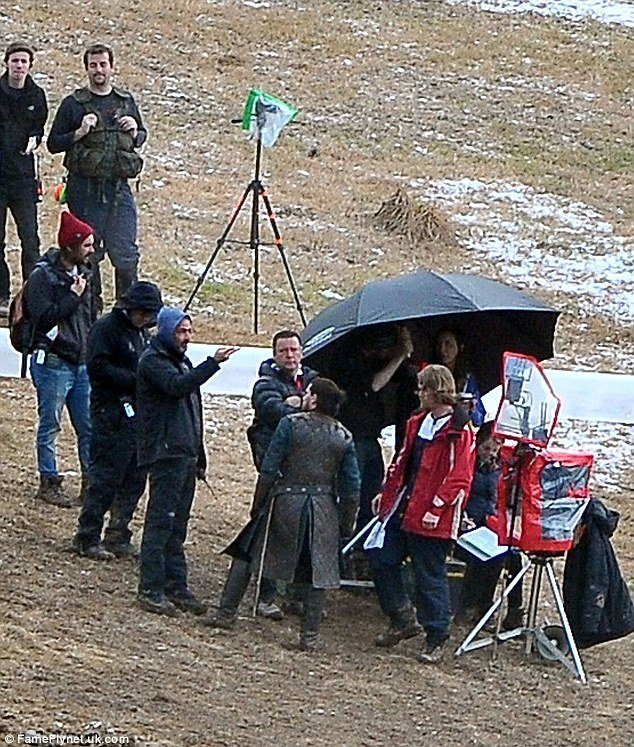 If you look closely at the woman under the brolly it looks like Carice van Houten aka Melisandre. Could it be that speculations about The Red Woman raising Jon from the dead are spot on?

If like HBO you are in denial as to Jon Snow being alive there’s always the interview that Harrington gave to a Belgian magazine in which he clarified that he’d probably be in his 30s when his Game of Thrones contract expires. The actor will be 28 in December so you do the math!

The interview was translated by a Reddit user. Here’s the gist of it:

“I often felt frustrated as well. I had to pass on amazing parts because I was attached to Game of Thrones. So the show is like a double-egded sword to me: I owe a lot to it, but at the same time it has almost completely drained me. Oh well, I try not to think about it too much. The important thing is that I now know exactly how long I am still under contract, and in the meantime –

Interviewer: How many more seasons would that be?

Nice try (laughs). I can’t talk about that. Let’s just say that Game of Thrones will remain a part of my life for a while, I’ll probably be in my thirties when it’s over. One thing’s for sure: the day I’m no longer on Thrones is the day I’ll bury myself in movie projects (laughs).

So yes, it’s time to call time on the charade HBO and showrunners DB Weiss and David Benioff, Jon Snow maybe dead but what about Jon Stark? The cat has been out of the bag for so long,  let it go.