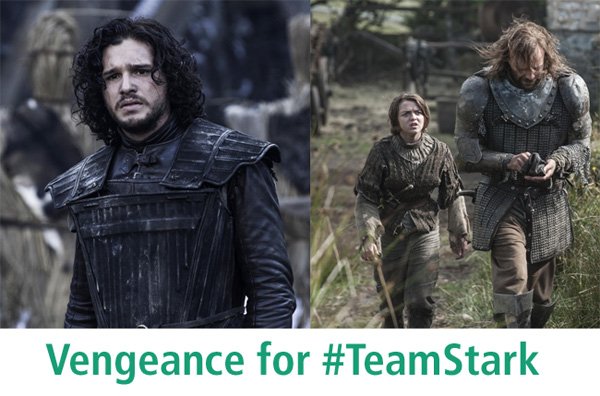 We have to wait until 6 April for Game of Thrones to return to our screens and its hard going. The nice people at HBO took pity on us and released an extra length season 4  preview called Game of Thrones Ice and Fire: A Foreshadowing. That would sound ominous if Game of Thrones hadn’t ripped our hearts out with every new season.

So what’s good in season 4? How will the world of Westeros recover from the Red Wedding? (This is not a question for those who have read the books). Revenge seems to be the hot topic for the fourth season and Tyrion has to watch his back a little bit more.

The cast speak of their reactions to the Red Wedding, their favourite characters, the saddest death and more. There’s promise that the good guys are coming back. I bloody hope so. I haven’t got over the Red Wedding yet and I really need for someone to pay. Still #TeamStark (despite the reduction in numbers of family members)

If that’s not enough Game of Thrones news for you check out HBOs production video where new production designer, Deborah Riley talks about set designs, props and stuff.

What would your responses be to the questions the cast were asked? Holla at me in the comments but no book spoilers please.