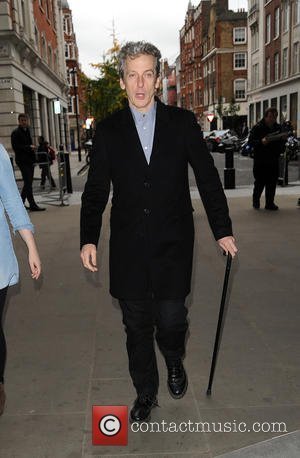 Doctor Who actor Peter Capaldi is currently hobbling around with the aid of a walking stick following keyhole surgery on his knee. According to the Radio Times Capaldi has suffered the same injury that the Eleventh Doctor, Matt Smith experienced during his time as the Doctor.

“I have exactly the same injury as Matt Smith did,” he said. “When I first met Matt he was on crutches and I asked ‘what happened to you?,’ and he said, ‘this show, mate.’ And it turns out we have exactly the same thing! It’s a tear of the meniscus in the knee, which holds the knee together. I think it’s something that happens when you run down corridors and suddenly pivot at the end.”

The Doctor does do a lot of running so when a real doctor told the actor he couldn’t crouch, jump or run he replied “Well. I have to do those things – I’m Doctor Who!’ It’s basically the job description.”

In another interview, this time with Good Morning Britain Capaldi revealed that he had asked Green Mile star Tom Hanks to appear in Doctor Who.

“I think Doctor Who is a great venue for any kind of actor,” he said.

” I was working with Tom Hanks last night and the producer was on to me saying, ‘Try and persuade Tom to come and be in the show’. I did have a word with him but he is very busy at the moment.” 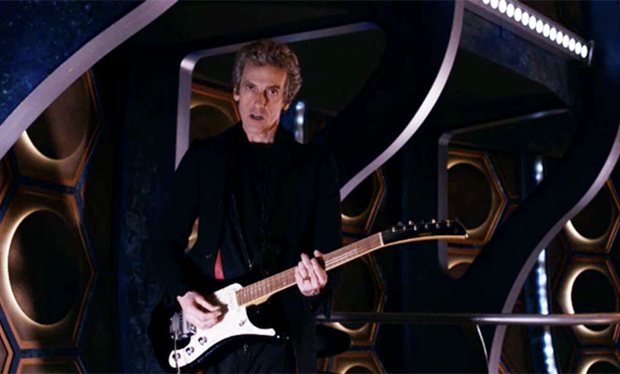 We’ve seen the Twelfth Doctor strutting around in a hoodie and strumming an electric guitar this season so it shouldn’t surprise us to learn that Capaldi would like to see some real rock stars on the show.

“I think it would be good to have some rock stars: I’d like to see Keith Richards or David Bowie,” he told Good Morning Britain.

The Scottish actor, 57, also commented on series current time slot saying it would be better in an earlier slot.

The sci-fi series is currently scheduled around BBC One’s Strictly Come Dancing and regularly ending up on the air after 8pm – much later than usual which is why I haven’t watched a live episode in weeks so I’m inclined to agree with Capaldi who said:

“I think it’s nice, if you have a show which is a family show, that a family is able to build a ritual around it and I think it has to be on at a regular time in order for people to do that,” he argued.

Filed under BBC, Doctor Who