Since DCs Arrow premiered on TV back in 2012 and Marvel’s Agents of SHIELD in 2013 both companies have been partnering up with TV networks to churn out even more superhero goodness to compete for our attention.

It’s a good year to be a fan as more shows are announced. If you aren’t a comic book fan but love a bit of superhero action keeping up can be a bit of a strain. For instance is Gotham from the Marvel or DC universe? Is Arrow’s, Oliver Queen starting up his own Justice League with the Flash’s Barry Allen? 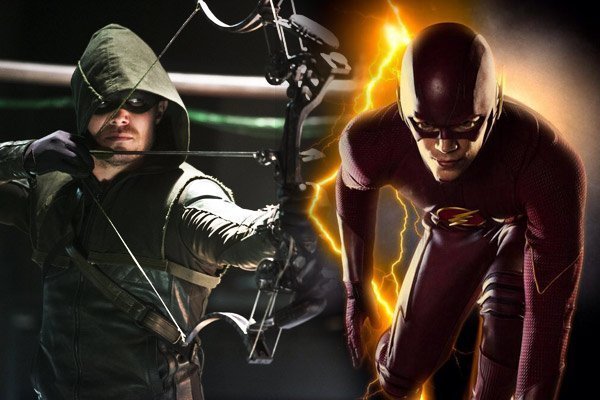 Storyline tie-ins can be a nightmare too especially when it comes to crossovers.

Some of theses series have a symbiotic relationship with each other akin to Xena: Warrior Princess and Hercules: The Legendry Journeys or the Stargate franchise. Characters aren’t just crossing over to say, “Hi, how’s it hanging?” their storylines are actually integral to the plot of the show they’ve crossed over from.

If you aren’t a fan of say Arrow, you could find yourself watching an episode of The Flash and wondering what the heck you missed and vice verse.

In the case of Marvel’s Agents of SHIELD, the storylines from the series tie-in to films like The Avengers: Age of Ultron and Captain America: Winter Soldier.

Whilst Arrow and the Flash work on their Justice League characters and launch a spinoff series, The Legends of Tomorrow, Marvel and Netflix are offering us The Defenders: A mini series that is scheduled for 2016 when characters Daredevil, Jessica Jones, Luke Cage, and Iron Fist team up to fight crime in New York City.

Each of the above mentioned Defenders will first have their own show before the big team up. Daredevil already premiered on Netflix earlier this year, Jessica Jones will premiere in November,  Luke Cage launches in 2016 and Iron Fist is also due to air in 2016.

So many superheroes, so little time. Don’t worry, I got you covered. Below is a list of current Marvel and DC Comics superhero TV shows. You never have to be confused about where Gotham sits in all of this ever again.

Arrow premiered in 2012 and centred around billionaire playboy Oliver Queen who was presumed dead for five years. Oliver returns to his home in Starling City and attempts to keep a promise he made to his dying father to clean up the city. In order to do this he creates a secret identity – Arrow – and proceeds to kick ass.

Season 4 of Arrow returns on 7 October so if you are going to play catch up on the previous 3 seasons, you got a bit of time.

Barry Allen is a crime scene investigator who became The Flash after he was struck by lightening when a particle accelerator exploded creating a freak storm. When he wakes up from a coma he learns that he has super speed and that he’s not the only one affected by the explosion. There are many others, mainly villains who were gifted with superpowers.

Season 2 will premier on 6 October if you want to play catch, do it now. 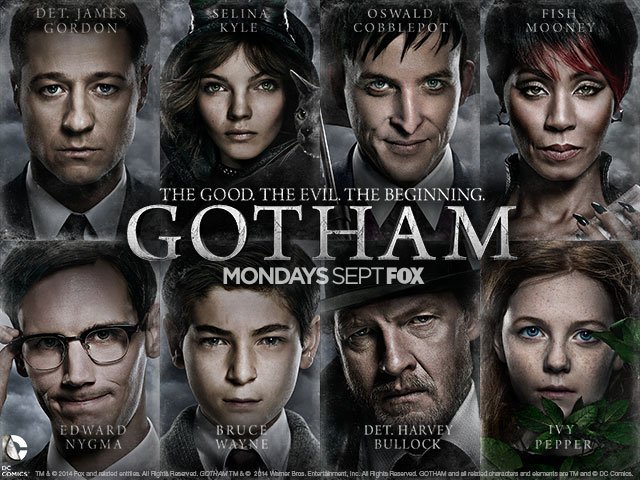 Gotham centers around Jim Gordon who is a rising detective in corrupt Gotham City. His partner is Detective Harvey Bullock, a not so clean cop. This is Jim’s story before Batman put on his cape. We also get a young Bruce Wayne, who is investigating the death of his parents. The show serves as an origin story for villains like The Penguin, Enigma and Two Face. Season 2 promises even more villains.

Supergirl stars Melissa Benoist as Kara Zor-El, Superman’s cousin. Adopted by the Danvers family they teach her to be careful with her powers, until she has to reveal them during an unexpected disaster, setting her on her heroic journey. The pilot episode was floating around earlier this year and having watched it, I hope the series improves in a big way. It’s hard to judge a show by it’s pilot but lets hope they tone down Calista Flockhart’s character, Cat Grant as I found her super annoying.

The show premieres on 26 October

The series centres on Rip Hunter who has come back in time to form a team of heroes and villains to travel back in time to stop villain Vandal Savage. Characters from the series will be revealed in Arrow and the Flash.

Clark Gregg reprises his role as Phil Coulson from The Avengers and the Iron Man movies. Coulson heads an elite team of fellow agents with the worldwide law-enforcement organisation known as SHIELD, who are tasked with investigating strange occurrences around the globe and protecting regular citizens from the extraordinary.

The series returns on 29 September.

Hayley Atwell reprises her role as Peggy Carter from the Captain America films.

Peggy is a secret agent for the Strategic Scientific Reserve, dedicated to fighting new atomic threats that have developed after World War II. In season 1, Peggy worked in New York, she will be heading to Los Angeles in season 2 for her most dangerous assignment yet. As Peggy explores the bright lights of Hollywood and discovers new friends – and perhaps a new romance – a sinister threat emerges that could impact everyone she is sworn to protect.

Netflix announced plans to release a  Marvel show every six months and so far they are on target. The great thing about Netflix of course is that you don’t have to wait to watch an episode each week. You can binge watch to your heart’s content over a weekend. 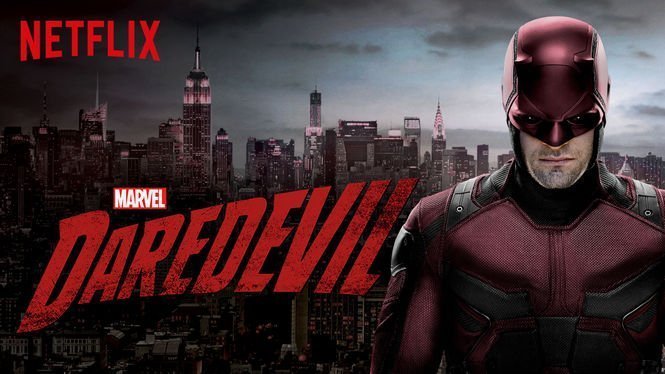 Daredevil follows the adventures of blind attorney Matt Murdock who dons the mask of a vigilante at night. Since losing his sight as a child, Matt’s senses became heightened and he uses these abilities to fight crime and manoeuvre his way around Hell’s Kitchen, New York. In season 1, Daredevil single handedly took on businessman Wilson Fisk aka Kingpin and his crime syndicate.

New characters introduced for season 2 include, Electra and the Punisher.

Jessica Jones is a former super hero who becomes a private detective. She’s described as being a flawed and damaged character compared to Daredevil. Based in the same world as Daredevil their paths may not meet until the Defenders series but minor characters from each show may occasionally crossover.

Luke Cage, is a man imprisoned for a crime he did not commit. When he gains superpowers in the form of unbreakable skin and superhuman strength from a sabotaged experiment, he escapes prison to become a superhero for hire.  Luke Cage will appear in Jessica Jones before we see him in his own series.

Iron Fist is billed as a martial artist with chi based super powers who fights crime. In the comics he is a practitioner of martial arts and the wielder of a mystical force known as the Iron Fist. News is scant on this series at the moment as Marvel has yet to iron out (pun intended) details of what direction the show will take.

Hopefully we’ll see him in 2016 sometime.