ABC cancels Killer Women and forgets to mention it

When I read that ABCs new drama series Killer Women would star two of my favourite Cylons I was looking forward to watching the show. Battlestar Galactica’s Tricia Helfer starred as Molly Parker, one of only two women in the notoriously male Texas Rangers, and Cylon brethren Michael Trucco starred as her brother Billy Parker.

The show was slated for an eight episode run and I admit I was a little sceptical about the pilot but I am annoyed that ABC cancelled Killer Women so abruptly.  I gave it the four episode test and was more than willing to continue to watch the series because there just isn’t’ enough Tricia Helfer and Michael Trucco on TV right now. Yes, I know it’s not a good enough reason to keep tuning into a flawed show but many great TV series had crappy beginnings. I was routing for Killer Women to come into it’s own and it started to in episode 4. I was even warming up to Marc Blucus despite my hatred of his Riley Finn character from season 4 of Buffy: The Vampire Slayer. He’s aged well don’t you think? 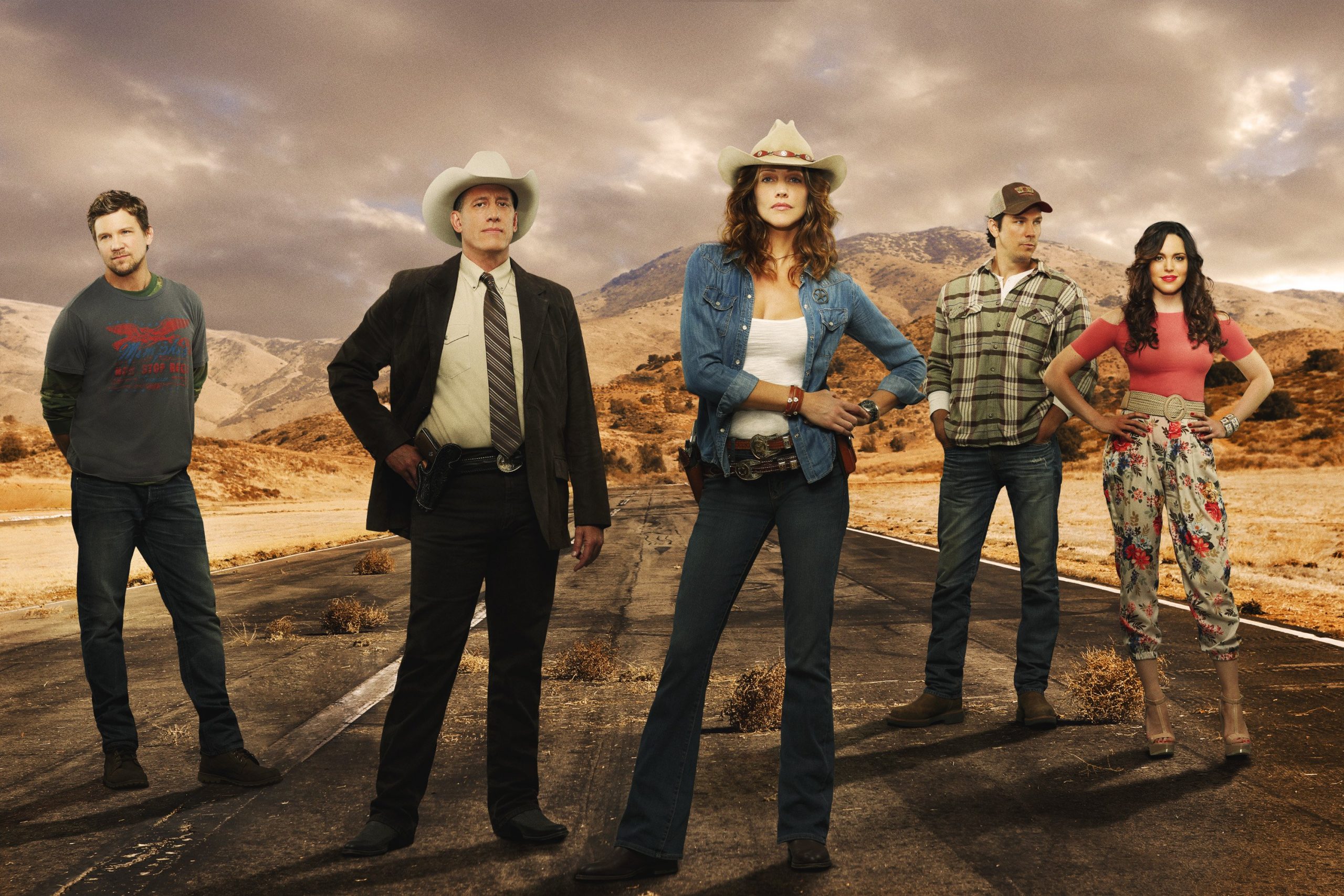 For the most part I thought Michael Trucco was under used and then in episode 5, it was revealed at the end that he was hauling drugs from Mexico. The episode ended on that cliff-hanger reveal and I was looking forward to seeing the character of Billy Parker become more than a dad with two girls and a Texas Ranger sister. Imagine my confusion then when ABC skipped the next two episodes leaving us to draw conclusions from the smooshed together previously on… trailer. WTF.

Killer Women was meant to have eight episodes but in a rush to bury the series due to bad ratings and awful reviews, ABC skipped two episodes leaving fledgling fans with a sketchy series finale.

I don’t know whose idea it was to put a new series up against the Winter Olympics anyway but fans took to Facebook to air their grievances.

I’m so miffed. How about you? Were you a fan or did you hate the show?