The Walking Dead: The Grove 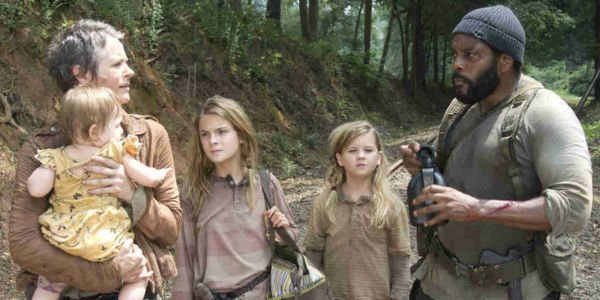 I have an on again off again relationship with The Walking Dead and this season has been a bit disappointing in places. You must know I’m excited about an episode when I put words to paper, or whatever the blogging equivalent is.

The splitting of the survivors into smaller groups has been great for character development this season. If not for these episodes, I would still hate Bob for putting the team in danger over a bottle of liqueur.

The episode with Daryl and Beth was a bit dodgy as I think people actually started shipping these two. That’s not okay. Brother sister relationship yes, anything else is just wrong.

I enjoyed this episode and all the grey area pondering. I thought Lizzie was bat shit cray from the prison and it seems things escalated. I was worried that Carol had been written out when Rick sent her away in episode 4, Indifference, I’m so glad she’s back.

Michonne isn’t the only kickass female in this show, Carol does her thing quietly and I love her for it. Remember her from season 1 with the bullying husband? I think Carol has had the best character development of the show.

I started this episode hoping the kids would be zombie food because I’m just over the responsibility that they pose. Harsh I know. I was not ready for the events that unfolded. After cray cray Lizzie killed her sister, I wanted to throw her to the walkers myself. 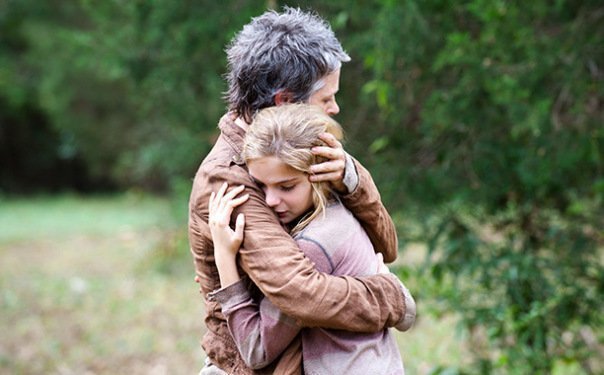 I’m glad that Carol owned up to killing David and Karen at least I don’t have to worry about that bit of information slipping out at a stupid moment. I have to say well-done to Tyreese for seeing the bigger picture. I think Carol telling Tyreese was a deliberate suicide attempt, like maybe she secretly hoped he would kill her. Killing Lizzie wasn’t easy, the death of Mica it must have all got on top of Carol and maybe she wanted it to end.

Her punishment for making these tough and necessary decisions is to live and to protect Tyresse and the baby.

I find killing kids hard to watch at any time but Lizzie was off the res from before the apocalypse. The way Mika had to tell her to look at the flowers shows that her sister was aware of her problems and learnt (maybe from their parents) how to calm Lizzie down. Look at the flowers Lizzie.

Leaving her behind in the hopes that she would become zombie food was not an option. What if she survived long enough to meet up with another group? If other groups had found her she would have presented a danger to them too.