Season 8 of the The Vampire Diaries could be the last. Star Ian Somerhalder, who plays Damon Salvatore, told fans in attendance at the Walker Stalker Con in Nashville
that the show is moving toward a finale.

“We have decided to do one last season to really do the story justice,” he said.

His comments follow those of co-star Kat Graham, who plays Bonnie Bennett who said last week that regardless of the show’s future, Season 8 would be her last. 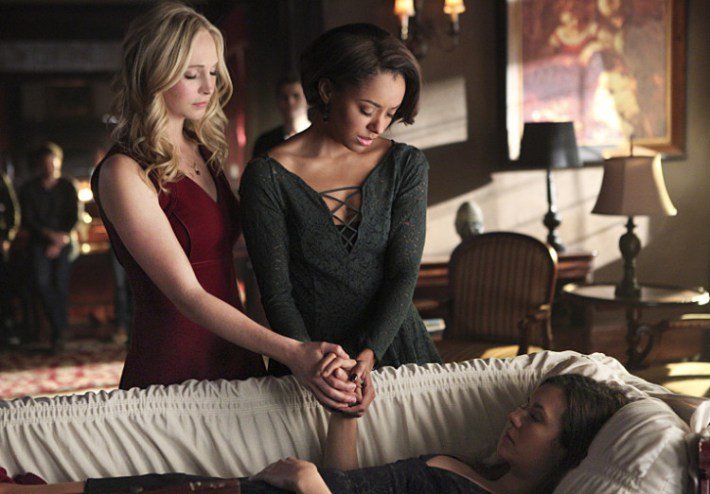 According to HollywoodLife Nina Dobrev will return for the final season.
“When the show ends Nina will be a part of it some way shape or form,” a source revealed. “She is 10,000 percent coming back.”

So if Elena is coming back this means Bon Bon will die again and permanently.

The Vampire Diaries was once must see TV for me but the multiple doppelgangers story back in season 5, just frayed my nerves. I’m a whole season behind as the show has been relegated to ‘binge watch when there is nothing else’ but if there is an end in sight then I’m happy to jump back on the bandwagon one last time.