The team behind Marvel’s She-Hulk: Attorney at Law has weighed in on a couple of CGI-related criticisms of the highly anticipated Disney+ series.

First, director Kat Coiro responded to those who criticised the show for not making Tatiana Maslany’s green alter ego bulkier.

“In terms of the CGI being critiqued, I think that has to do with our culture’s belief in its ownership of women’s bodies,” Coiro said at the show’s Television Critics Association press tour panel on Wednesday. “I think a lot of the critique comes from feeling like they’re able to tear apart the CGI woman. There’s a lot of talk about her body type, and we based it on Olympian athletes, not bodybuilders. But I think if we had gone the other way, we would face the same critique. I think it’s very hard to win when you make women’s bodies.”

The team also addressed a question about how VFX artists accuse Marvel of overloading their companies with demands that cause them to work unsustainable hours, resulting in second-rate visual effects and mistreatment of employees.

“This is a massive undertaking to have a show where the main character is CG,” head writer Jessica Gao said. “It’s terrible that a lot of artists feel rushed and feel that the workload is too massive. I think everybody on this panel stands in solidarity with all workers.”

“We stand in solidarity with what they say the truth is,” Coiro added. “We work with them, but we’re not behind the scenes on these long nights and days. If they’re feeling the pressure, we stand with them, and we listen to them.”

“I feel incredibly deferential to how talented these artists are and how quickly they have to work,” Maslany says. “Obviously, much (less time) than probably should be given to them in terms of, like, churning these things out. We have to be super-conscious of the work conditions, which aren’t always optimal.”

As the series continues, Jen/She-Hulk is expected to talk directly to the camera, transcending the fourth wall in a way that is “not overpowering.” “It was tricky finding the balance because if I had my way, she’d be breaking the fourth wall every other sentence,” Gao said. “Everybody had to pull me back a little bit more from it.”

“She-Hulk was breaking the fourth wall way before Deadpool and way before Fleabag,” added Coiro. “Back in the comics, she was always very meta, and she was always kind of taking control of her story and her narrative.”

Maslany expressed excitement about the show, which follows Jennifer Walters as “she navigates the complicated life of a single, 30-something attorney who also happens to be a green 6-foot-7 superpowered hulk.”

“Jen has had her life planned out for her and has worked really hard to get to where she is as a lawyer, and to have this thing happen to her that sort of derails everything,” Maslany said. “It is a bit of an identity crisis. And what I find really compelling about the story is when she’s She-Hulk, she’s treated very differently than when she’s Jen. There’s a lot of having to affirm her intelligence when she’s Jen and assert her role and trying to get respect, whereas when she’s She-Hulk, there’s this inherent sort of awe inspired by her that’s at odds with how she wants to be perceived.”

“Her anger, her largeness, her taking up space in a room is all fertile ground for us to play with; flip the standard on its head so you can laugh at it. We’re so fixated on women’s bodies, whether it’s aesthetically or politically or in terms of rights or in terms of autonomy, I think what we do in this show is in touch with all of these concepts.”

The nine-episode series will premiere on 17 August on Disney+ and will co-star MCU veterans Mark Ruffalo as Smart Hulk, Tim Roth as Emil Blonsky and Benedict Wong as Wong. Also in the cast are Ginger Gonzaga, Josh Segarra, Jameela Jamil, Jon Bass and Renée Elise Goldsberry. 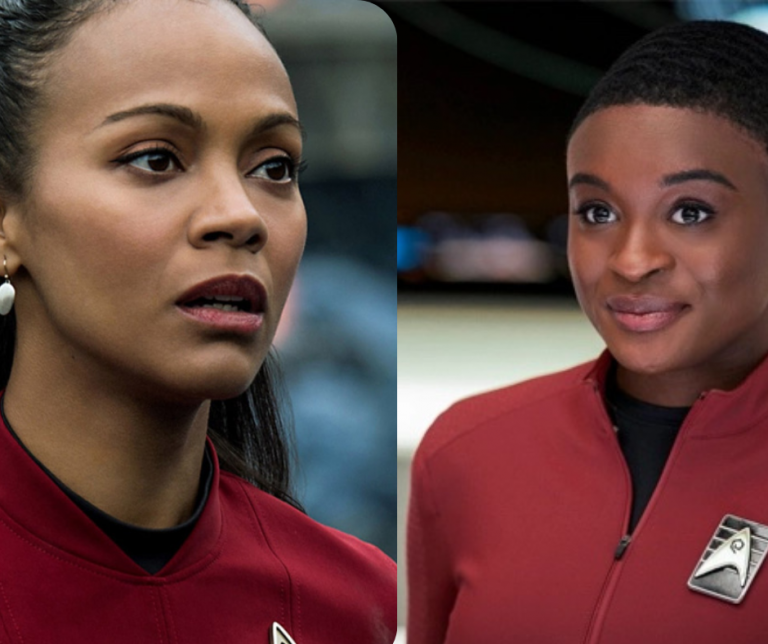