Ray Harryhausen, the special-effects artist and stop-motion animator who created iconic movie monsters for films like Jason and the Argonauts and Clash of the Titans, died on Tuesday, 7 May, aged 92. 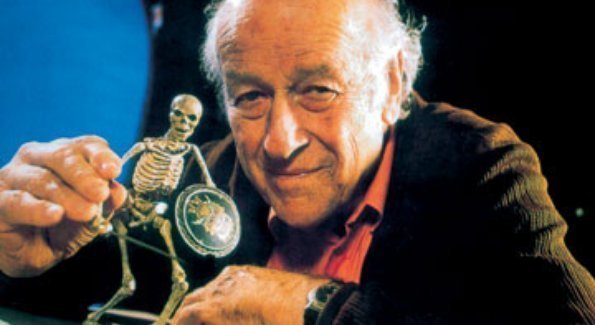 Films like Jason and the Argonauts (1963), The Golden Voyage of Sinbad (1973), Sinbad and the Eye of the Tiger (1977), and Clash of the Titans (1981) gave me life as a kid and fuelled my passion for all things fantasy and science fiction. My obsession with Xena: Warrior Princess and Hercules: Legendary Journeys are a direct result of Ray Harryhausen releasing the Kracken.

The video clip below shows the skeleton fight from Jason and the Argonauts. I remember watching it as a kid and getting scary goose bumps. Those things were relentless.

If you’ve never seen any of these movies, they are definitly worth a watch. Long before there was CGI, there was Ray Harryhausen and stop-motion animation.