Game of Thrones may not return to our TVs until 2016, but casting has already begun for the upcoming sixth season of the drama.

Danish actor Pilou Asbæk has been spotted on the Game of Thrones season 6 set, filming scenes with the cast around Ballintoy Harbour. This news has fans speculating about a long overdue character death.

Since Game of Thrones first aired on HBO fans of George R R Martin’s epic Song of Ice and Fire saga have been lording it over those of us who have purchased the books and have yet to read them (busy) and those who just don’t want to read the books.

Season 5 was a game changer with book fans relegated to the cheap seats along with the rest of us as the show deviates from the source material. Now GoT locations have been the most intriguing sources of speculation as fans jostle to get the lowdown on what’s happening in the show before everyone else. It doesn’t help that plot casting details have been kept to a minimum.

According to Watchers on the Wall’s sources Asbæk will be playing Theon’s uncle, Euron Greyjoy. In A Song of Ice and Fire, Euron is a fearsome pirate and captain of the Silence, a ship crewed entirely by mutes whose tongues he ripped out. 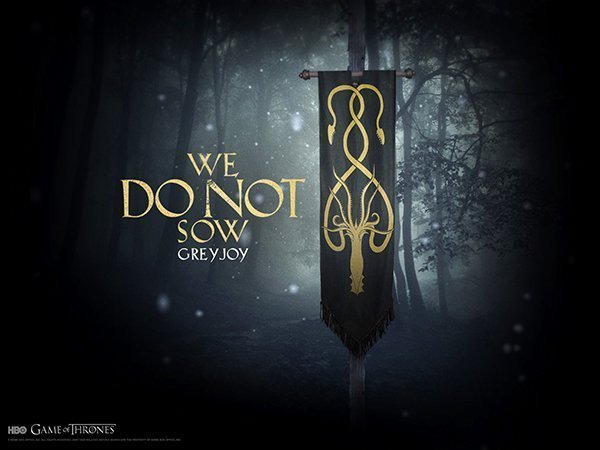 Book readers have been impatiently waiting for the death of Balon Greyjoy which happened off screen in the books. In the novels we learn of Balon’s death through Catelyn Stark who hears about it on her way the Red Wedding.

Back in season 3 Melisandre and Stannis threw three leeches on the fire, one, each for Joffrey, Robb and Balon. It seems Balon’s death will be finally addressed in season 6.

Other scenes have been shot recently featuring the Greyjoys, as well, including a Kingsmoot—otherwise known as a ceremony in the Iron Islands to choose who will rule—with Yara and a potential character who could be other Greyjoy brother Aeron also present.

Season 5 spent a lot of time on Stannis Baratheon’s story. I went from admiring him to hating his hateful daughter murdering guts. I was happy to see him (we actually didn’t see it) die at the hand of Brienne of Tarth. It will be interesting to see how they tell the story of the ironborn Greyjoys.