Pretty Little Liars has defined a genre that I like to call Chain Yank TV. A series will fall into this genre when:

This series has spent the last 6 seasons stretching out a mystery that could have been wrapped up in a couple of seasons. I don’t blame the creators for making their money by leading me up blind alleys for years, I blame myself for watching despite knowing that I was continually having my chain yanked at every turn. Instead of ditching the show I continued to tune in like some addict, craving my weekly dose of disappointment.

Having spent five years tuning in to this series I’ve never felt so unsatisfied with a TV show as I did at the end of Season 6A. Wait… That’s a lie: Revenge, another in the Chain Yank TV genre delivered the ultimate slap in the face in its series finale but I can’t bring myself to talk about my disappointment right now.

PLL created so many different ‘A’s’ throughout the series and got away with it because apparently Spencer, Aria, Hannah, Emily and Alison were such hateful creatures who wouldn’t want to torment them. The thing is aside from Alison, the liars were just a bunch of mixed up teens trying to navigate their way through life so I could never get behind why anyone would do this to them. 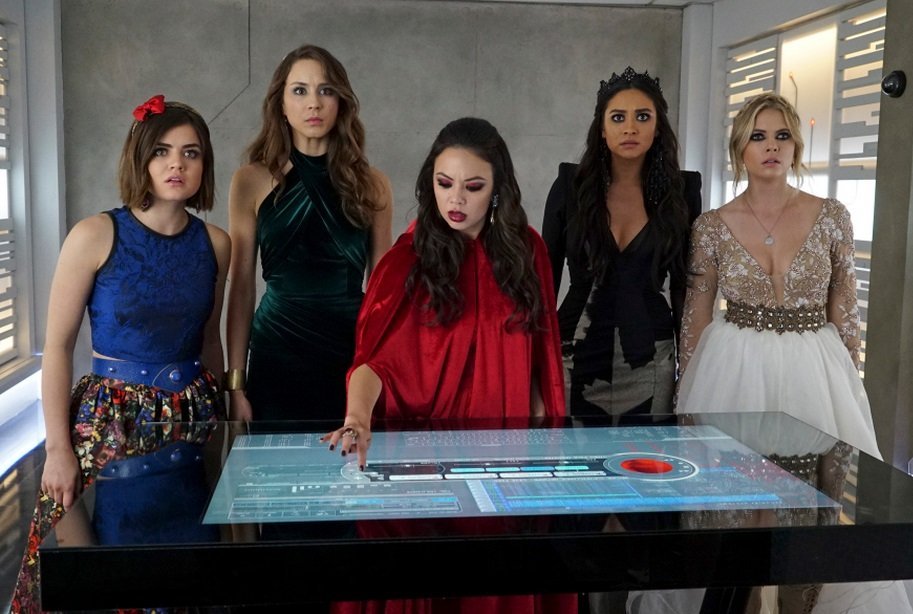 The only A that made any real sense in the end was Charles DiLaurentis aka Charlotte aka CeCe Drake the problem is it took us 6½ seasons to get here and then all the whys and wherefores were dumped on us in waves of exposition that had my brain screeching to a halt and rejecting everything. By the end of Game Over, Charles I just didn’t care anymore. Want to talk about plot holes? Me neither to be honest I’m tired.

I was in the unfortunate position of being spoiled by PLL book readers a few years ago, they said that A was Alison’s sister. I wasn’t that annoyed as I figured the book would take a different turn as it kept on churning out new A’s but nope. The only twist is that CeCe was born Charles and transitioned into Charlotte and still I don’t care. I’m done with the series.

I wanted to know who Big A was, I now know. I wanted to know why the liars were being tormented, my question was answered, no matter how lame the reason. I’m good right here. I cannot go on another minute with this series.

The five years later segment at the end of the episode had me laughing like a Radley patient. Seriously? After 5 years on this hellish merry go round of lies and torment plus the big reveal, the producers are still trying to wring even more out of this story? Drop me out! The good thing about the 5 year jump is that it was getting hard to suspend disbelief about the liars being teens.