Graceland cancelled, not renewed for Season 4 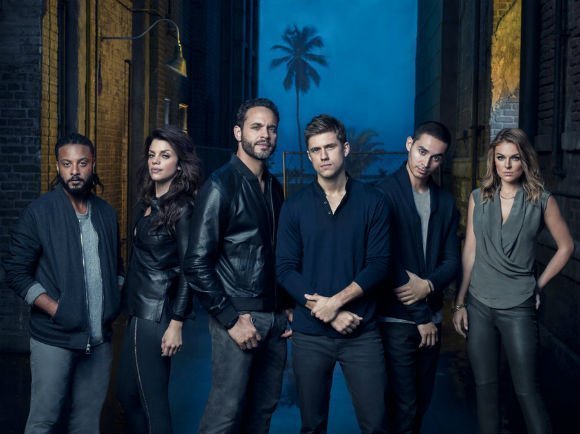 It doesn’t matter any more whether Paul Briggs (Daniel Sunjata) is a dirty FBI Agent or just shades of gray anymore as Graceland has been cancelled by USA Network.

The show wrapped up its 13-episode third season in September and there will be no season 4.Series creator Jeff Eastin, who also created the awesome White Collar, announced the news via Twitter.

Just got the word, there will be no more #GracelandTV. Thank you to the best cast, crew and fans in television. pic.twitter.com/DylJUIPDx7

Graceland is about a group of undercover agents from the FBI, DEA and US Customs who live together in a big beach house the DEA seized from an Elvis obsessed drug lord. They work cases together trying to take down bad guys and lines tend to get crossed as they work undercover.

The series premiered as one of the top cable dramas of its season with its 2013 freshman run averaging 4.3 million viewers. From Season 2 to Season 3, it fell off hard. Although USA was very pleased with the show creatively, the ratings just didn’t warrant a renewal.

The network ultimately determined that the ratings did not justify keeping a series that it doesn’t own on the air for financial reasons so goodbye Graceland. The network also cancelled Complications after one season for similar reasons.

After some strong successes like Burn Notice and Psych, USA has had some difficulty finding new series in the last couple of years.

On the plus side the network appears to have a hit with Mr Robot. The series debuted so strongly that Season 2 was ordered soon after the first season launched.