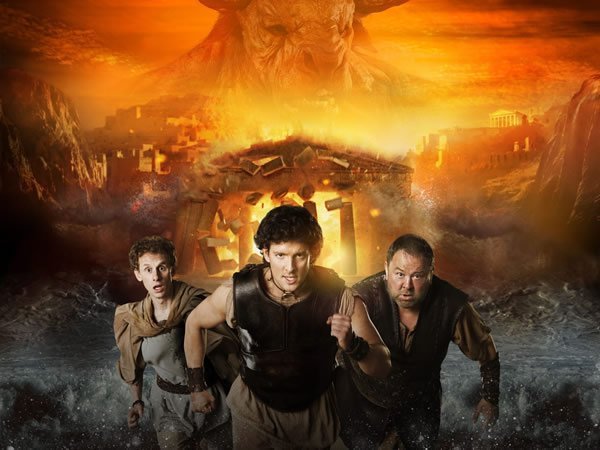 Every so often my friend laments the passing of the BBC TV series Merlin and I have to remind her that all good things must come to an end. It doesn’t’ make her feel better but it has to be said. I’m hoping that the new BBC fantasy drama series Atlantis will do us both some good.

It’s absolutely nothing like our beloved Stargate Atlantis but is brought to us by Merlin creators Johnny Capps and Julian Murphy. The 13-part series promises to take us on a journey through the vast store of Greek myths.  And its creators say “it’s a treasure trove of extraordinary tales re-imagined for a new generation.”

Well the first trailer makes it all look exciting. OK then so what do we have? Just like Merlin there are four lead characters that move the story along.

The hero, Jason (Jack Donnelly) is on a personal quest when he arrives at the mythical city of Atlantis. Ariadne (Aiysha Hart) is the daughter of the city’s rulers and eventual love interest for Jason.  Pythagoras (Robert Emms) must be the smart one with a name like that. And finally Game of Thrones actor Mark Addy plays Hercules but not the Kevin Sorbo kick ass kind of Hercules. The Atlantis character has seen better days. Being a fan of Sorbo’s Hercules I already don’t like this new version but I’ll try to keep an open mind. Here”s a twist. Jason”s journey seems to start in our time judging from this trailer. Interesting.

According to the Radio Times, Atlantis has something for everyone. We’ll get to see how true that is when the new series launches on Saturday, 28 September at 8.25pm on BBC1.

Do you miss Merlin? Will you be watching Atlantis?’