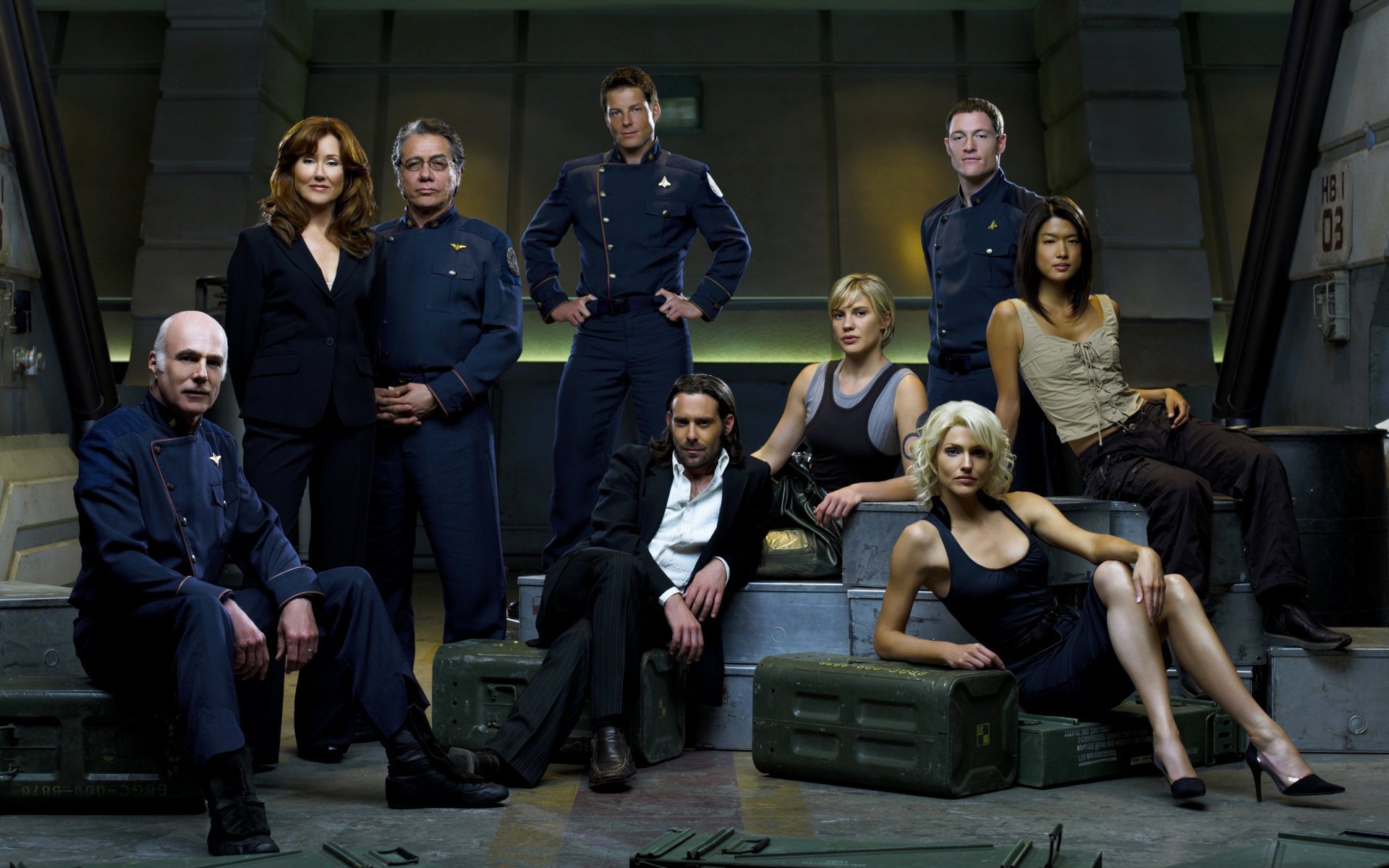 I’m getting used to the long ass breaks between Scandal episodes. This time I made sure I had a plan. I didn’t want to sit in a corner rocking so, a few days before episode 18 (Molly, You in Danger, Girl) aired I started re-watching Battlestar Galactica (BSG).

Long before Scandal was a seed in Shonda Rhimes’ brilliant mind, Battlestar Galactica was my favourite TV show of all time. It is top of the list of of my ‘glass of wine, curtains drawn, veg out on the couch’ TV shows. You know those comforting, feels like mum’s arms type of shows. The ones you drown yourself in when your feelings are hurt and you can’t leave the house for a week. You don’t? Weird. Never mind.

I’m probably viewing the show through rose tinted glasses but I have to say I’ve always felt the acting to be brilliant from the great ensemble cast and the stories have never let me down. Even when a storyline made me angry it was due to the material and not any flaws or inconsistency.  My favourite angry topic was the relationship and subsequent marriage between Lee Adama and… Oops spoilers sweetie. I thought I could mention still being in love with the show without giving out spoilers to potential newbie viewers.

Anyway, I haven’t watched BSG in a few years and it totally took my mind off of everyone and everything. By the end of season five I was tearing up as it was like watching everything for the first time. The show is over four years old but so much of it is still relevant today. If you like science fiction but you’ve never watched Battlestar Galactica, it’s time to get onboard. Even if you are not a sci-fi fan but love human or political drama you will like this show. Go on, get amongst it!