Under the Dome Outbreak review

It’s day three under the dome and the town experiences an Outbreak.

Despite looking forward to this week’s episode of Under the Dome I found myself multi-tasking. I actually fired up my iPad and played a couple of games of Bejewelled Blitz. If I’m multi-tasking during a show, I’ve either seen the episode several times before or I’m flat out bored. I don’t think I was bored during this episode but I was definitely not riveted to the screen.

The folks of Chester’s Mill are finally showing signs of stress about the dome as the military packs up and leaves and I actually didn’t care. I wanted them to be panic stricken and running around like headless chickens in episode one. That didn’t happen so I’m over them. I’m actually over everybody. We are four episodes in and I have nobody to root for. There is no breakaway hero to pin all the towns’ hopes on. 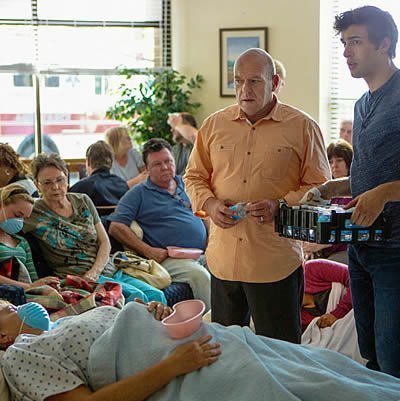 Barbie is a handy guy to have around but he’s a killer and a thug, maybe if he wasn’t in the town under unfavourable circumstances, I could have been a cheerleader for him. As it is though, he’s silent and broody (usually my kinda hero) and unexciting!

Then there’s Big Jim Rennie and Sheriff Linda. Big Jim has hidden agendas I cannot fathom; he’s an unlikeable character who will probably end up saving the town because he wants to be the big cheese so he’s pretty motivated.

I should be rooting for the sheriff because she’s the good guy but she’s really uninspiring and even cray cray Junior managed to control an angry mob better than she could. And I hate Junior!

In this episode some townies are falling sick due to an outbreak of meningitis. There’s a shortage of doctors but luckily Alice has had medical training. Big Jim puts her to work and puts Junior in charge of keeping all the sick folks contained, as the sheriff is sick too.

When a group of townsfolk insist on leaving the medical centre, Junior actually talks them down. He says some stuff about believing in the town and I didn’t want to slap him. Still hate him though.

Meanwhile Julia Shumway goes snooping around and learns some things about her husband. Apparently he cleaned out their joint account and sold his car to DJ Phil. Eventually she confronts Barbie about it and he confesses to being a bookies henchman. He tells her that her husband must have skipped town. At least now she’ll stop looking for him.

Did I mention that there weren’t enough antibiotics to go around? No. Well there wasn’t and the crisis wasn’t helped by Reverend Drug Addict trying to destroy the medication believing the dome and outbreak to be part of gods plan. Big Jim and Barbie catch up with him before he can destroy all the medicine. Linda’s old school teacher dies after giving up her antibiotics to save Linda. I should care.

Outside of the outbreak the other main plot point focussed on Nori and Joe’s seizures.  Alice is multi-tasking tending to the sick and running tests on the teens. In her absence Nori decides to record herself and Joe to see what would happen if they touched again. She might be an annoying brat but she’s not stupid. 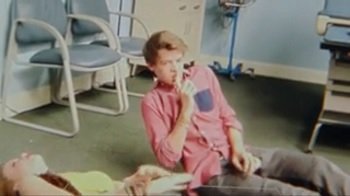 They touch and bam full on seizures. When they come too and check the recording Joe is seen sitting up and putting his finger to his lips in a secretive fashion. The teens decide that this means they aren’t’ supposed to tell anyone anything. OK then. Let’s just drag the mystery out some more shall we.

Shout out to Angie who managed to piss me off more than anyone despite having very few scenes in this episode. 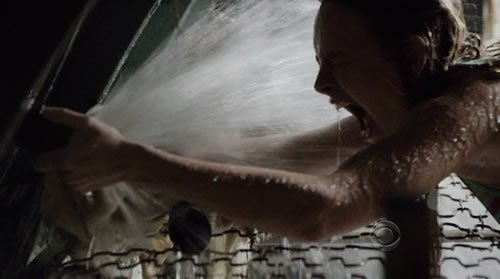 In an effort to escape her prison Angie manages to break a pipe, which causes the cellar to flood. For a moment, I thought she was drowning but it wasn’t to be. Damn! Now that Big Jim has found Angie I wonder if he’ll free her.

As I said at the start, I don’t think I was bored watching this. Some stuff did happen but I realise the only storyline I’m really interested in is the connection between Nori and Joe and the dome. I don’t know if the dome is affecting Junior or if he was cray before the town got butter dished, all I know is I’m not fond of him, he’s creepy and I just want to slap him and Angie.

And that’s why I will keep watching, I may not have a hero to root for but I have two people that I dislike with a passion. It’s worth tuning in to see how they die what the real deal is with them.