Tensions rise when Haven returns with a double episode feature

With less than a month to go before the second half of Season 5 of Haven starts I expected a little bit more in the way of promo videos from SyFy. But I suppose when you make a decision to cancel a TV show there’s no point in heavily promoting it anymore. Here’s a promo video to feast your eyes on.

The last boat’s leaving, sounds ominous. Anyhoo, I previously wrote about the main questions I’d like to see answered in the final episodes and it looks like I might get lucky. We’ve been promised that key mysteries will be solved including the mystery of Croatoan. I’m always excited when Haven is due to return but this news has me even more stoked than usual.

The news that super gorgeous Steve Lund is returning as the Colorado Kid fills my heart with glee and my mind with many questions. Will he be in flashbacks or did he survive the barn? If so how? And so on and so on…

Who will end Haven?

In this promo video they ask, “who will end Haven?” Does that mean the town will be destroyed?

William Shatner will be playing a pivotal character with the potential to forever impact the fate of Haven. Does this mean he can end the Troubles? Will he destroy Haven? Is he Mara’s dad? But he can’t be because they said he died. Is he from the void? I have sooo many questions my head is spinning

Enough with the questions, this is what we have to look forward to when the series returns on 8 October. 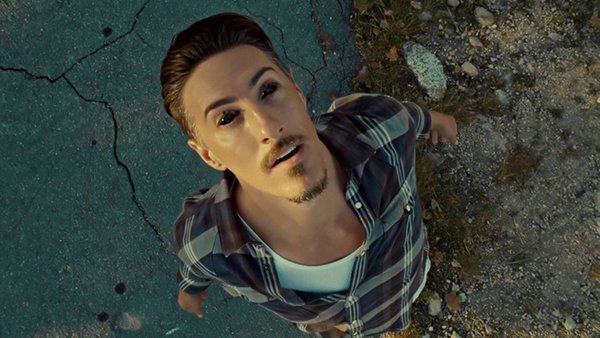 In episode 13 of the first half of Season 5, entitled Chosen, we saw Duke erupt and let loose hundreds (could be thousands) of black blobs of aether that spread across the town Troubling everyone that they hit. In the first of a double episode, New World Order, Dwight struggles to keep order as Duke’s troubles wreak havoc throughout the town and Audrey and Charlotte join forces to battle a mysterious fog trapping the residents within the town borders.

The drama continues in the second episode Power, as conditions grow increasingly desperate. To calm the terrified public, Nathan assembles a taskforce on a kamikaze mission to restore power. Meanwhile, Audrey races against the clock as the bodies stack up.

As events in Haven race towards a cataclysmic showdown, tensions rise and allegiances shift.