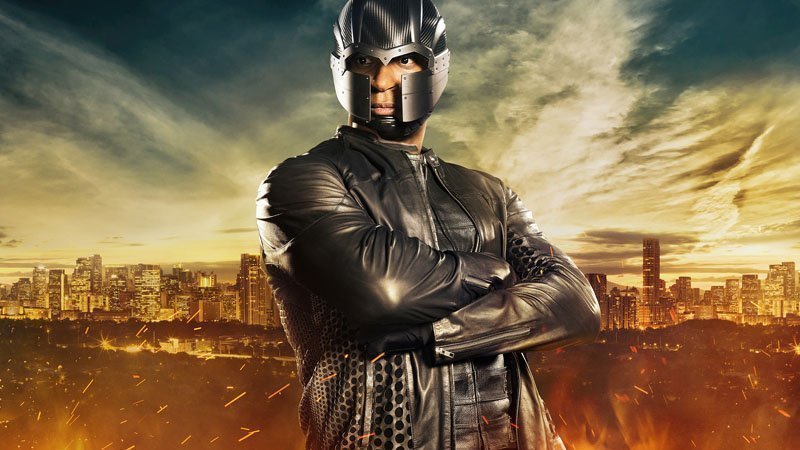 The wait is over folks, The CW unveiled the first photo of John Diggle (played by David Ramsey) from season four of Arrow. Fans have been waiting for a first look at Diggle’s costume ever since it was mentioned at the Arrow panel at Comic-Con that he’d be hiding his identity in the new season.

At the end of season three Oliver advised Diggle to get himself a mask and a code name if he intended to continue the vigilante life. Diggle’s obviously taken Ollie’s advice but we don’t yet know what his call sign is.

We’ll get a chance to see Dig wearing the new costume from the very first episode of season four.

What do you think? So far I’ve seen comments that Dig looks like he’s channelling Magneto and I’m inclined to agree. The funniest roast however comes from Black Nerd Problems open letter to our hero.

Some of the comments had me spluttering over my lunch and then Omar Holman asks this really important question:

Why they only conceal you’re cheekbones?! Are cheekbones the most necessary part of identifying someone?

And follows up with an hilarious example:

“Sorry, officer I wish I could be more help, but I just didn’t get a good look at his cheek bones. His eyes, nose, mouth, and complexion were stunning, doe! That’s one vigilante that knows his moisturizers. I can tell you that much, sir.”

Whether you dig Diggle’s new costume or not, go read the open letter for a giggle.