Marvel’s film, Eternals, is the 26th film in the Marvel Cinematic Universe and doesn’t have much of a link with the films that have gone before. This film tells a story about the Eternals – a hidden, immortal group of superbeings on Earth living among us who are forced to reunite as an ancient evil threatens everything.

What is Eternals’ story?

Ten super-powered aliens visited the Earth 7,000 years ago. These were the Eternals – immortal alien creatures tasked by their creator, Celestial Arishem, to track down and destroy their evil enemies known as Deviants. The Eternals finally succeed under the leadership of Ajak in taking down the Deviants. Afterwards, they were instructed to wait on Earth for further instructions.

The group fractures over whether they should intervene in human affairs – some, like Druig, believe it is their duty to protect humanity. In contrast, others, like Ikaris, agree they should remain neutral. In the end, the Eternals go their separate ways, disappearing throughout the world and living out their lives in secret.

Gilgamesh and Thena go off and live in Australia together. Kingo travels the globe and becomes a successful Bollywood actor by pretending to be his descendants in a fake family to keep acting. Druig starts a colony in the Amazon. Phastos has a family; he has a husband and a son. And for centuries, Makkari has just been living in their ship.

After breaking up with Ikaris, Sersi shares a flat with Sprite in London; Sersi teaches at a primary school and dates a mortal human named Dane (Kit Harrington). When the three of them are attacked by a Deviant displaying unusual abilities, they reunite with Ikaris and travel across the globe to visit Ajak to discuss what they should do next. A tragedy causes the team to reunite for the first time in centuries to face an evil they didn’t expect.

The visual design and effects of the film give it a unique aesthetic among Marvel films. The film takes place primarily outside of the United States, which makes a change from the usual Marvel fare. Since many of these films feature events with global implications, it’s refreshing that the rest of the world gets the opportunity to deal with super-powered aliens and alien invasions.

The fact that Richard Madden and Kit Harrington would be reunited in the project for the first time since Game of Thrones was played up in the media. However, Harrington didn’t have that much screen time. It didn’t matter as there is such a large cast of leads; dividing the story up between them looked like it took effort.

Despite having ten immortal aliens to get to know, the film does a great job exploring the nature of these characters rather than presenting them as comic book stereotypes. Despite their alien origins, the characters feel more human with their baggage and entanglements. This makes the film feel more like a drama than the usual action-packed adventure.

It was all I could do to keep track of which side everyone was on and their motivations.

The most rounded character seemed to be Kingo and his undercover persona as a Bollywood star. Despite providing comic relief for the film, he was the least jaded after thousands of years on earth and willing to embrace what life had to offer.

The Deviants are underwhelming and uninspiring visually. They only show up when a narrative beat requires an action sequence; then, they disappear again. The reason for their existence was buried deep in the storyline, which meant that they were only significant towards the end.

The story is not as strong as in previous Marvel films. Had I sat through this in a cinema, instead of at home, for two and a half hours, I would have been disappointed. It was an interesting film that passed some time, but I didn’t come away from watching this feeling uplifted or looking forward to another chapter in the Eternals’ story. 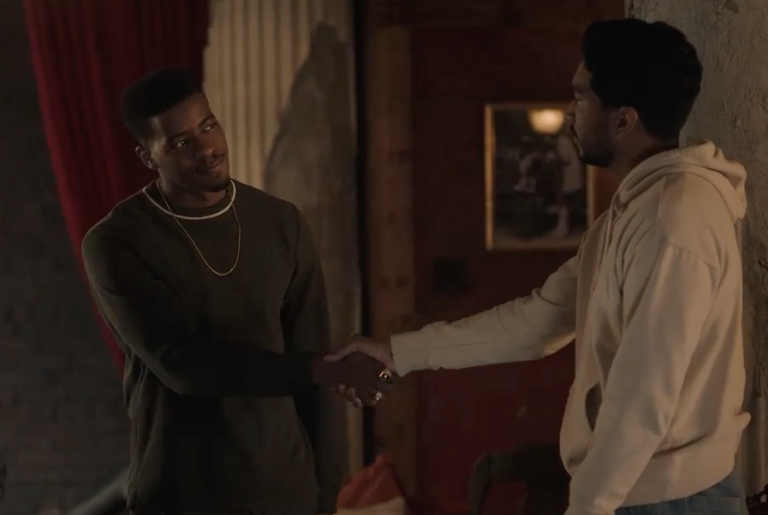