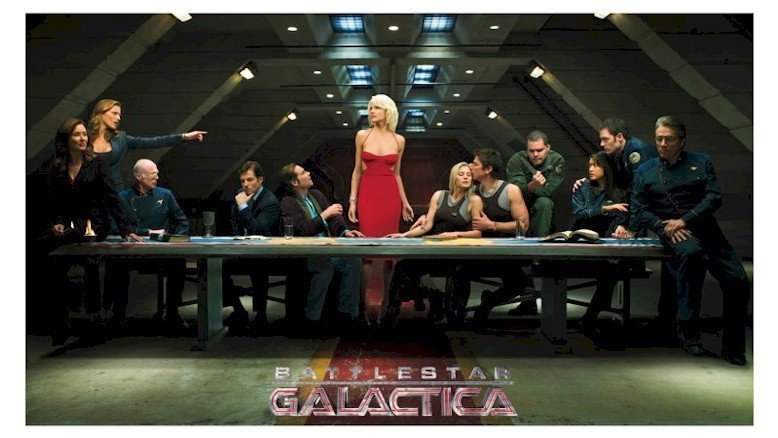 Everyone has had an opinion on what the Last Supper image means. Does it, reveal who the final cylons are? This is my take on some of the placements in the picture.

Lee sits beside former president Baltar, as we have seen Lee has his own ideas of being president one day. Maybe he’s just as slimy and manipulative has Baltar.

The six sitting next to Roslin is Natalie. Just like Roslin she was a leader of her people. Natalie is pointing to head six, in hindsight she could be accusing head six for being responsible for her death at the hands of Athena/Sharon. After all it wasn’t Natalie that featured in Sharon’s dreams but Sharon killed her anyway. Did she know something we didn’t or was that a plot device to get the hybrid to jump the ship? I digress.

The knife Tyroll is holding is a symbol of being knifed in the back by Tori who killed Cally. As couples go Roslin and Adama are pretty far apart but they can also be seen as two book ends keeping the group together.

Hell, what do I know?