Whilst I was looking for a WordPress vote up and down plugin I briefly tried CommentLuv although it doesn’t have a vote up option, I figured it would encourage more people to comment on my posts as they get a link back to their latest blog post. I use it on this blog but the novelty soon wore off on my other one as I really, really wanted people to vote comments up or down. I’ve asked myself why this is and I think it stems from ‘lol’ tweets on Twitter.

You know when you see a funny tweet, you go to retweet it but can’t think of anything witty in response so you just add ‘lol’ at the end and tweet? Well, I see a vote up feature in the same way. Readers who agree with a comment but have nothing more to add to the conversation can just vote the comment up without having to write anything. So as useful as CommentLuv was, it didn’t fill this void in my life.

I started looking around at external comment systems like Disqus which has a vote up system and a plugin for WordPress.

I’ve seen complaints about people losing comments if they decide to stop using Disqus because Disqus used to remove comments from your blog and placed them on their server. But there have been improvements since version 2.0.

The Disqus for WordPress plugin now automatically syncs comments from Disqus back to your WordPress blog. Now your comments will remain in WordPress should you decide to deactivate or remove the plugin.

The thing that put me off though was the fact that readers have to sign up to comment.

I understand big news sites have to control the comments as some readers are disgusting racist, sexist, homophobic, (and other stuff) keyboard warriors who say things online they would probably never say offline so by having a sign-up process, those sites hope to prevent that. I’ve seen for myself that it doesn’t actually stop the haters hating as some people wear their ignorance like a badge of honour but it might keep those vile comments to a minimum. 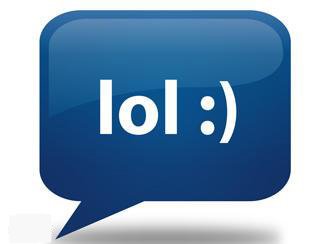 I decided that the WordPress commenting system enhanced with Jetpack comments was the best for my site as readers are not forced to sign up first in order to comment. But if a reader has a WordPress.com login they can get a link back to their site if they want to use those credentials. I think the easier a blogger makes it for people to comment the more likely they are to comment.

Did I give up on my quest to find a voting system? Heck no, the heart wants what the heart wants. I was browsing a WordPress site that had thumbs up voting on their comments. This immediately let me know that a plugin existed so I renewed my search until I found Polldaddy. It’s mainly a poll/survey plugin but it has the benefits of a voting system that can be integrated into your WordPress comment system. When you install the plugin you are required to login to use it. Polldaddy allows you to sign in with your WordPress.com credentials no muss, no fuss.

So not only am I using the best comment system for WordPress I now have the voting system I’ve been searching for. It’s not as sexy as I’d like but it does the job.

How to make your blog posts worth sharing on social media

Flexible fortunes: Recruiting and running a team of freelancers

Five tips to get readers for your blog