The Flash: More speedsters than you can shake a fist at

Just when you thought Barry Allen was all the speedster you could handle, The Flash execs are giving us even more by way of three new characters. Remember in the season 1 finale Barry caused a black hole resulting in a mean cliffhanger? Well Season 2 will be dealing with the multiverse which resulted from that catastrophe. So what we’ll have in the new season are a lot of characters from a multitude of parallel Earths that are very similar and yet very different.

In the promo below new character Jay Garrick (Teddy Sears) from Earth 2, explains why this is not a good thing.

In the DC comics Jay Garrick was the original Flash. Garrick will end up as a sort of mentor for Barry, who’ll need one if he’s going to deal with all the shady characters that come through the portal.

It’s good to see Haven’s Adam Copeland has a new gig now that the show has been cancelled. He’ll be playing Atom-Smasher a scary villain with enhanced strength and the ability to become a whole lot bigger. 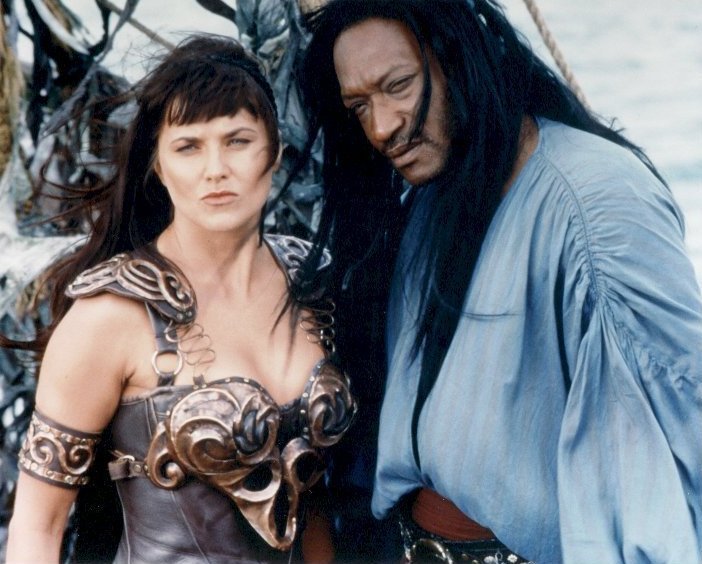 Tony Todd (Candyman, Xena: Warrior Princess, Hercules: The Legendary Journeys, Star Trek, Andromeda and much more), will lend his baritone voice to supervillain Zoom, another speedster from the future. At least he is in the comic books, where he’s actually also known as Eobard Thawne aka Reverse Flash. We are assured (or not depending on how much you love your comics) that this Zoom will not be the same as the comic books he’ll have his own story. He’ll make his first appearance in episode 2, Flash of Two Worlds.

Explaining the reason for using Tony Todd’s voice, executive producer Andrew Kreisberg told Variety: “Last year, with the Reverse-Flash, we just modulated Tom Cavanagh’s voice, and this year we wanted to do something a little bit different.

“Part of the mystery of the season is who or what is underneath the Zoom outfit, and so we wanted to do something like James Earl Jones as Darth Vader — this iconic voice coming out of this mask. Last year, we thought of the Reverse-Flash as a speed warrior; this year, Zoom is like a speed demon, and no one does demon-voice better than Tony Todd.” 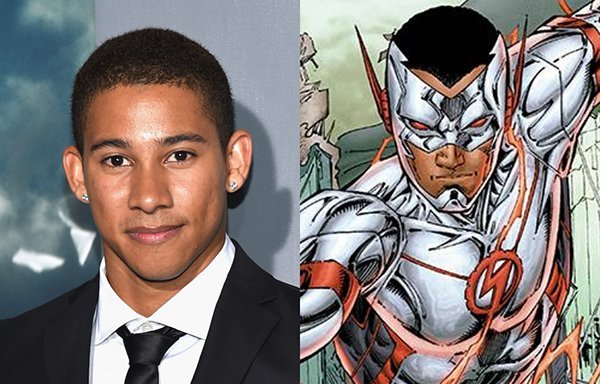 In the comics, Wally was the nephew of Iris West, Barry Allen’s love interest and eventual wife. When Wally turned into a speedster following the same kind of accident that created the Flash, Barry took him on as a sidekick. He was known as Kid Flash.

On the series Wally West is just a teenager but the possibility is there for him to one day become Kid Flash. Kreisberg has likened Wally’s growth to that of Roy Harper in Arrow. Kreisberg says. “Just like with Colton Haynes, who eventually one day put on the Arsenal costume, I wouldn’t be surprised if one day Wally West becomes Kid Flash.”

Adding to the existing girl power will be newbie actress, Violett Beane playing Jesse Quick a female speedster who is slated to appear in two episodes in season 2.

Jesse has been described as a brilliant but quirky college student who gets caught up in the battle between The Flash and Season 2 Big Bad Zoom.

In the comics Jesse Quick is the alter ego of Jesse Chambers, a second generation superhero; the daughter of Johnny Quick and Liberty Belle. The young heroine has both the speed and flight powers of her father, as well as her mother’s superhuman strength.

It’s not yet known whether this version of Jesse will have her powers or if she’ll develop them over time.

I wonder if Barry will be feeling less special with all these super fast types about. Maybe he’ll be able to take a holiday. We’ll see.

Season 2 of The Flash premiers on 6 October with an episode titled The Man Who Saved Central City.