Revenge season finale – The Truth is I’m losing my patience

They say that revenge is a dish best served cold but after two seasons of ABCs Revenge television series, the truth is I think it’s time to serve it up already! 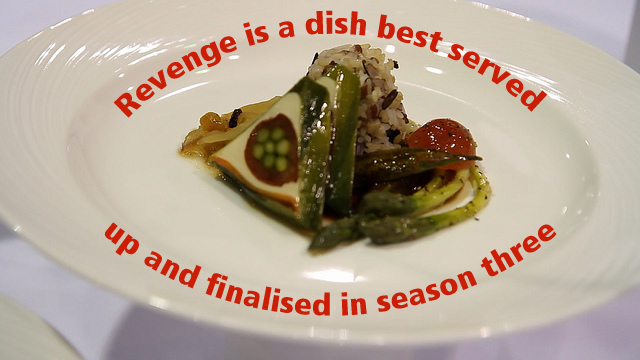 Unlike procedural TV shows like NCIS and even Scandal,  that can run forever, Revenge is a soapy drama which has a beginning, middle and an end based on it’s initial premise. And there’s no point in trying to kid us otherwise.

I don’t think the audience will benefit from say a fourth or fifth season. There is no point in dragging things out like Pretty Little Liars likes to do. Right now, I can’t imagine what the writers could come up with that would make me watch beyond the first few episodes of season three much less.

Revenge has been given a third season and it would behove the show’s writers to wrap up Amanda Clarke’s story in this season. Sorry Revenge die-hards, I just don’t think the tale has that much juice. It’s been interesting to watch but for me, it stopped being must watch TV long before faux Amanda died. Her death just seemed like another string to add to the list of reasons why the real Amanda was seeking revenge.

Aiden Mathis and the possibility that he and Amanda/Emily may one day go off into the sunset, is the main reason I still watch Revenge.

The fact that Aiden is looking like a spare wheel at the end of this episode, doesn’t’ bode well. Despite being released for the whole blackout and bombing deal, it looks like Amanda may take a while to forgive him over the whole “I killed Takeda” mess. I dislike the Emily and Daniel getting married storyline with a passion. It was tried in season one, it sucked then and now that I’ve seen Aiden and Emily together it sucks even more. I ship Emily and Aiden and the writers need to sort this mess out! 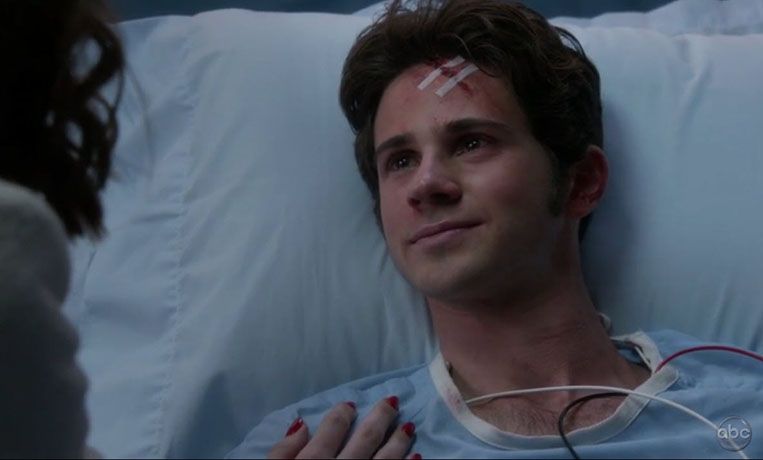 RIP Declan and all that but I’m not going to particularly miss him as the character was just used as a punching bag for the Graysons and any other thug that wanted to get at Jack. In this episode killing Declan was used as an obvious catalyst to drive Jack over the edge to attempted murderville.

Once again Nolan is in trouble. Being a friend of Amanda Clarke/Emily Thorne should come with huge fringe benefits. This season we’ve seen Nolan hand over his company to Grayson Global to further Emily’s agenda, now here he is being held as a terrorist. It was not enough that Nolan’s many visits to David Clarke were taped but the video confession from Padma Lahari was a doozy.

I hope they don’t take all of season three to get Nolan out of this ridiculous mess. His relationship with Padma was a horribly forced plot device from the beginning. From her being a mole in his office, to being kidnapped, the storyline was leading up to this confession and it was too obvious that no good was going to come of this unbelievable relationship.

Any scene with Daniel Grayson in is a stinker. I don’t like the character and was disappointed that he wasn’t in the building when it went. It would have been a backhanded sort of revenge if the Grayson’s lost their son whilst Conrad rose up in the ranks of the initiative. That would have been a bold move on the part of the writers.

The highlights of this finale 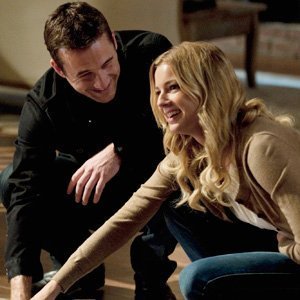 Emily finally confesses to Jack that she is the real Amanda. That’s one thing to cross off my bucket list for the show. I would have been all “YAY! It’s about fraking time too,” If I hadn’t seen it coming. How else was she gonna talk Jack off the ledge and stop him from killing Conrad Grayson? I just hope that we don’t’ see an attempt to rekindle this relationship in season three. I will be so pissed!

Victoria’s son Patrick finally shows up. We didn’t’ see his face but Victoria was surprised. I wonder how Emily will use this to torture Victoria in season three.

So Amanda Clarke/Emily Thorne has several strands that she could use to weave a revenge web big enough to take down Conrad and Victoria Grayson and the Initiative, let’s hope the writers acknowledge this could be done in a season and wrap it up for us.