Like many people, watching the Hamilton film on Disney Plus was my first time experiencing the play. Up until that point, I’d only ever seen Lin-Manuel Miranda sing Alexander Hamilton on a late-night talk show.

My version of Hamilton 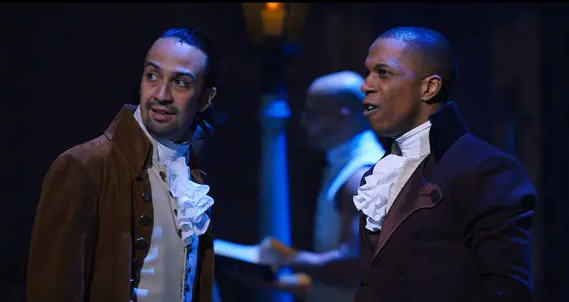 Hamilton, for me, is a story of an immigrant who arrived in America with big dreams and the frenemy he makes along the way. 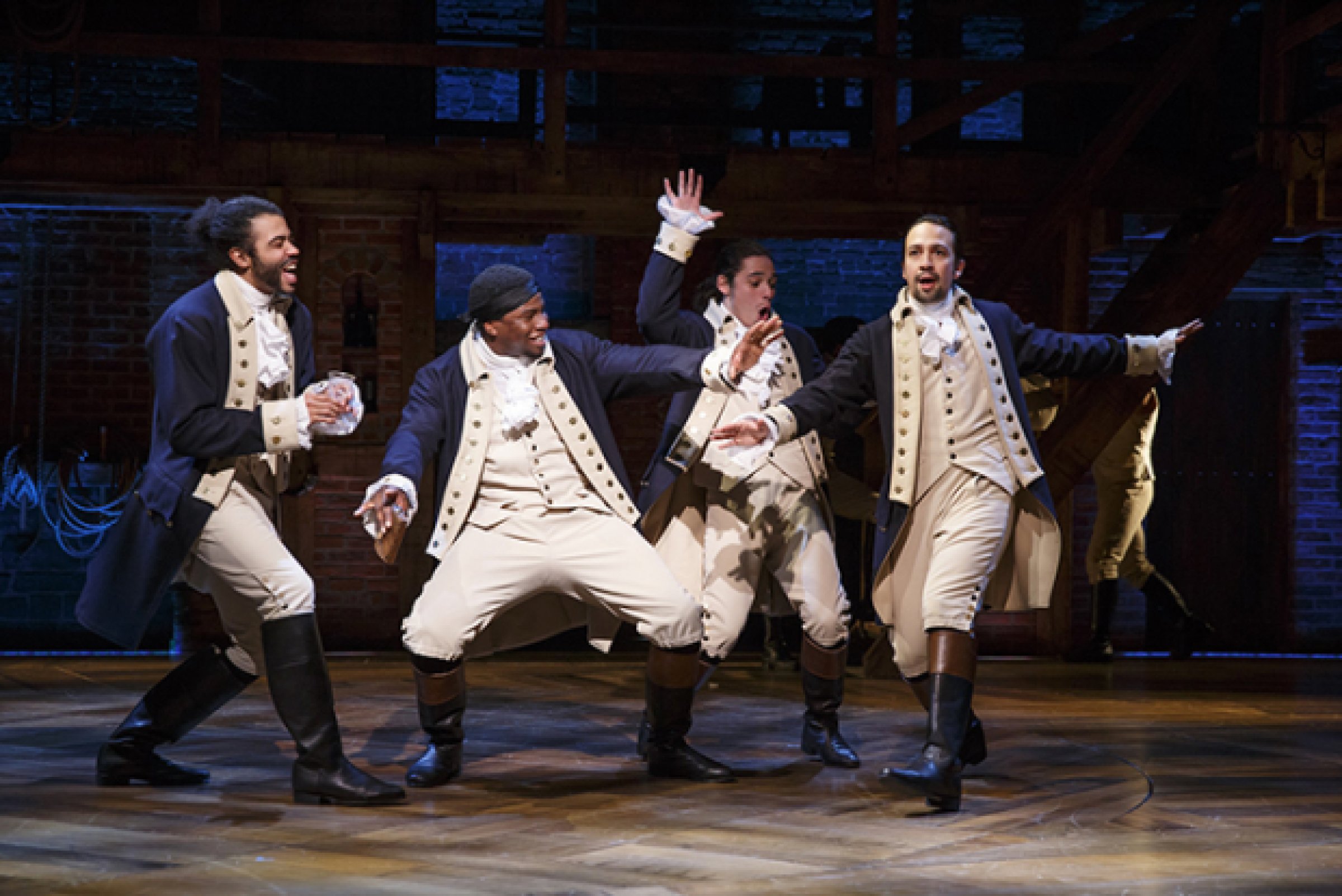 Burr and Hamilton are both orphans but come from different backgrounds. In the song Aaron Burr, Sir, we see that Burr likes to play his cards close to his chest as he advises Alexander “Talk less, smile more. Don’t let them know what you’re against or what you’re for.”

Whilst Alexander is busy running at a pace to achieve his ambitions, Burr plods along waiting for the right moment. Alexander marries well but seems to have little time for family life, yet manages to have an affair. Burr is also having an affair with a married woman showing that the men really aren’t that different in affairs of the groin.

The rivalry between the two men is really played up. Burr tries to shoot his shot attempting to advise Washington on combat tactics but Washington dismisses him out of hand. As Alexander becomes Washington’s right-hand man Burr becomes grudgeful and envious of Alexander.

Even after the war, when they both became lawyers, Burr still feels there is a competition between them. The last straw comes when Alexander sides with Thomas Jefferson, a man he didn’t like against his long-time frenemy Burr. Filled with anger, Burr challenges him to a duel and kills him. This is a simplified overview. There is so much more to the story. 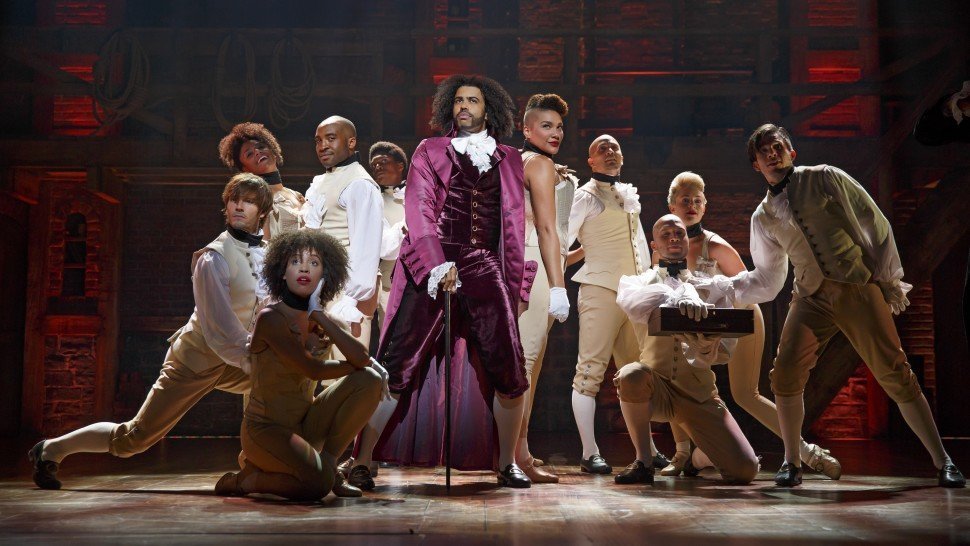 The whole play was fabulous. Despite watching it in the comfort of my home on TV, it still had the immersive feeling of watching a play in the theatre. Watching the cast move set pieces around as they progress the plot served as a reminder that a lot of hard work goes into a theatre production. One screw up could spoil the audience experience. The ensemble cast did a fantastic job of smoothly weaving costume and set changes into the story.

My favourite performances came from Renee Elise Goldsberry as Angelica Schuyler and Phillipa Soo As Eliza Schuyler Hamilton. The outstanding thing about watching the play as a film is witnessing the pain and tears on the faces of the actors. Something you can’t see in the theatre if you’re sitting in the nosebleed seats. 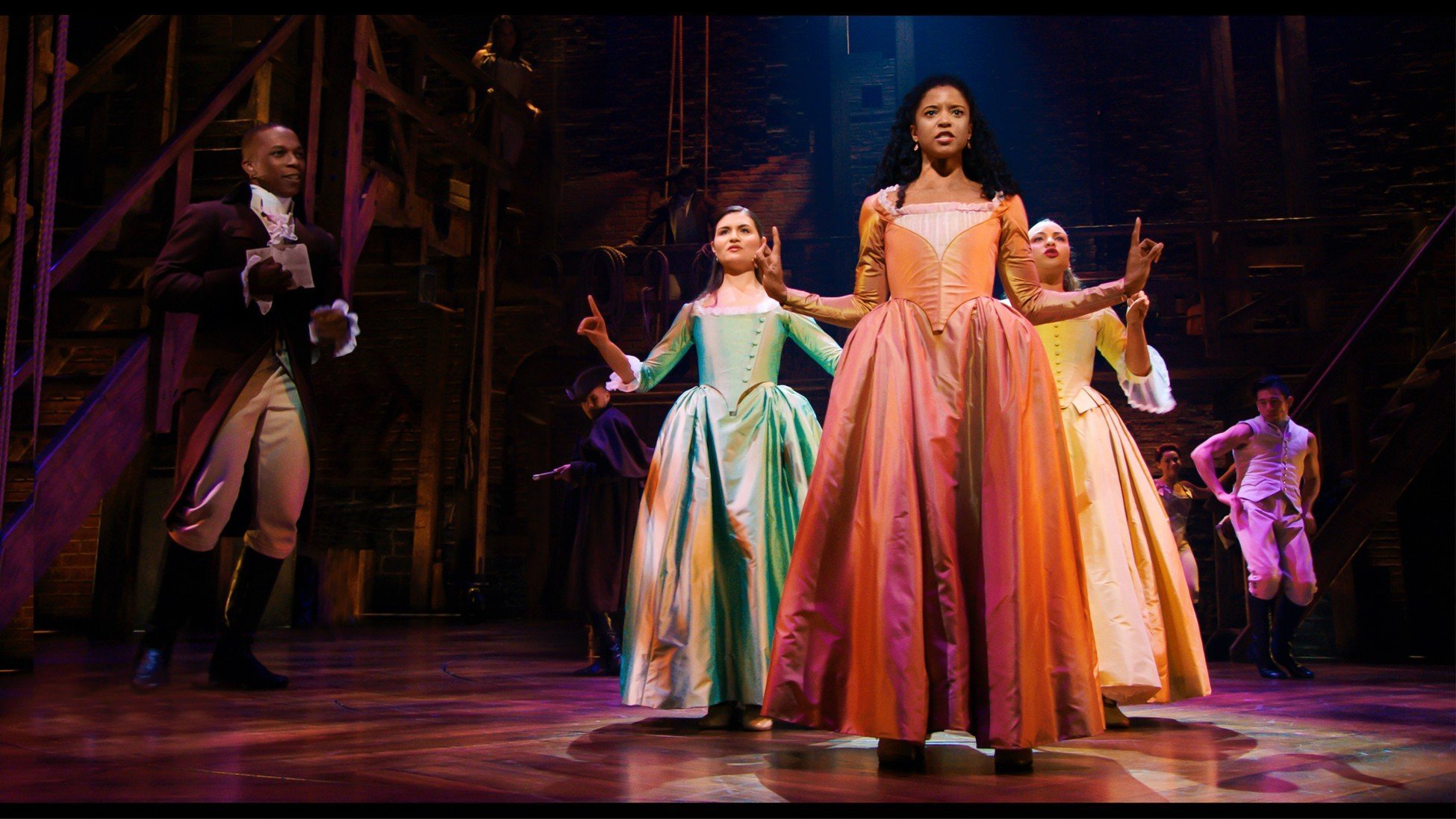 During the song Satisfied, we discover that Angelica loves Alexander but because she has family obligations requiring her to marry someone wealthy and he is penniless, she lets Eliza have him. This revelation brought the first tears to my eyes. Phillipa Soo went on to gut punch me with her performance of Burn and Who Lives, Who Dies. I still get goosebumps thinking about it.

Shout outs also to Daveed Diggs for What Did I Miss and Leslie Odom Jr for Wait for It and the Room Where it happens. Chef’s kiss!

Since its release on Broadway in 2015, the hype machine has insisted that Hamilton is must-see play and its 2020 release on Disney Plus is not without controversy. The murder of George Floyd in May and subsequent global Black Lives Matter protests raised many issues including America’s deeply racist past.

Many have called out Hamilton for not being historically accurate and failing to mention that the founding fathers owned slaves amongst other things. The play is 2 hours, 50 minutes long and tells the story of Hamilton’s life and America’s fight for independence in very broad strokes. Yes, Lin-Manuel Miranda could have rapped a few bars about the Schuyler’s being slave owners but he didn’t. Aside from calling out Thomas Jefferson on his exploitation of slaves in the rap battle, the others got a pass. Had he belaboured the point; would it have been enough?  As I said, these were just broad strokes of the life of a very ambitious man.

As a Brit, I only have a bullet-pointed knowledge of America’s fight for independence, I was always more interested in the civil war and even then; I don’t know everything. Hamilton leaves you wanting to know more about the lives and deeds/misdeeds of many of the characters. That’s what theatre and films do, they plant the seed leaving you to go forth and grow your knowledge.

I highly recommend watching the Hamilton film on Disney Plus. How often do we get the opportunity to watch such a theatrical masterpiece in the comfort of our own homes?