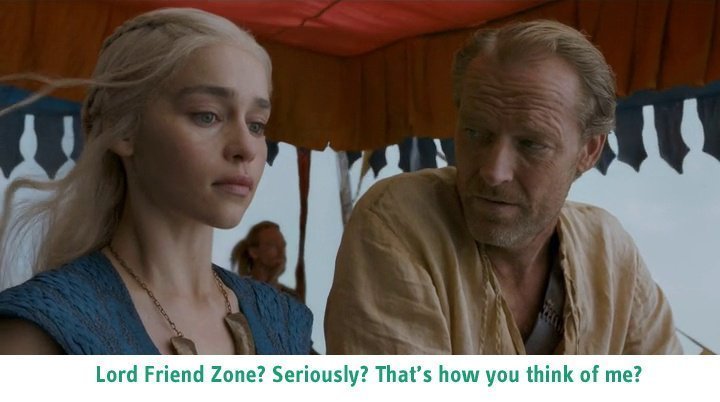 I proved that I’m not a diehard Game of Thrones fan when I woke up at 2am on Monday morning but just couldn’t make it out of bed to watch the live simulcast. I’m okay with that though ‘cos it’s not like I’ve even read the books yet, despite having books 1-2 in hard copy and 1-5 on my Kindle app.

I’m a real fan though and no one can tell me otherwise. I’m just one of those fans who love the show but can only name about 10 characters without straining my brain. Have you seen Screen Junkies Game of Thrones honest trailer yet? It’s hilarious. The part where the guy is guessing all the names just reminds me of me.

What’s even funnier though are the comments from the diehard fans who have read the book and memorised the hundreds (I think I exaggerate) of character names. Their outrage at fans (like me) with limited memory capacity is laughable. They obviously skipped the bit in the video where they are lampooned for lording it over the rest of us.

Every fandom has its diehards, real fans and casual fans and that’s never going to change. Another thing that won’t change is fans of TV shows naming their children after characters. The Game of Thrones fandom is no exception. Right now there are little Khaleesi’s and Tyrion’s toddling around probably unaware that they’ve been named after fictional characters.

According to data from the Social Security Administration, there were 146 female babies born named Khaleesi in 2012. In Game of Thrones Khaleesi means queen and it’s the name given to Daenerys Targaryen when she married Khal Drogo. So it’s not actually a girl’s name but when has that ever stopped a fan. The name Arya has also seen an increase in popularity with 800 girls receiving that name in 2012 according to Vox.

Back in the day I named my chihuahua Talulah because I was a diehard Bugsy Malone fan. Judge me, I don’t care. Would you name your child after a Game of Thrones or any TV character?

Filed under Game of Thrones