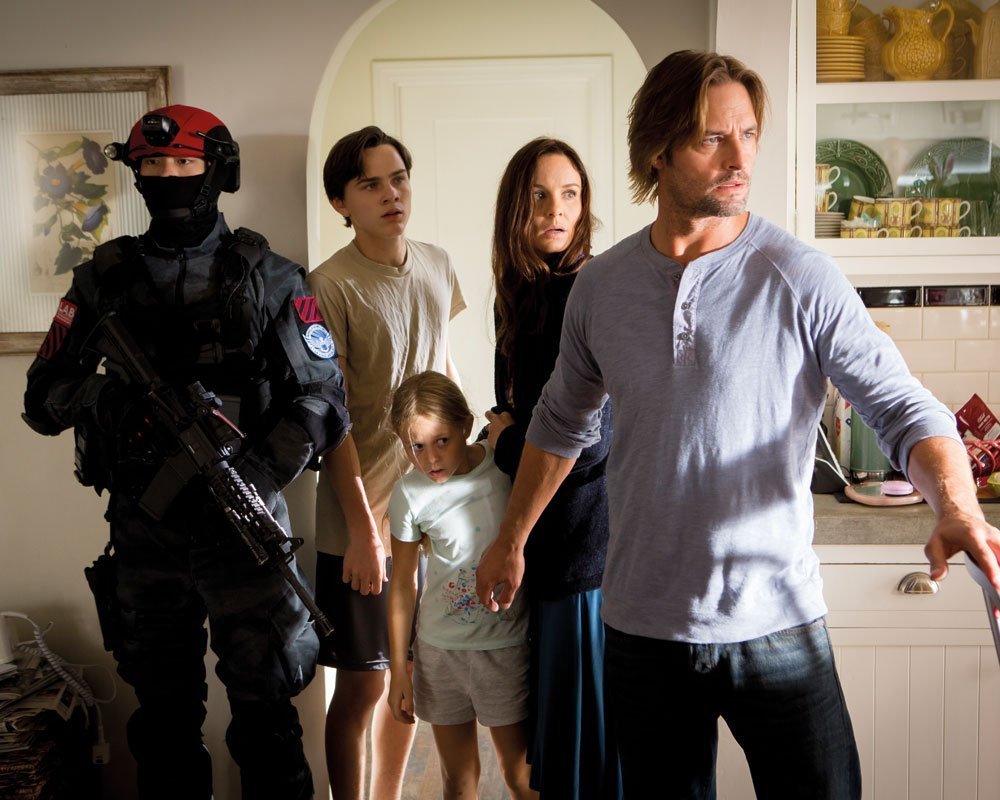 The last time Josh Holloway was on my TV screen he was playing high-tech intelligence operative Gabriel Vaughn in the ill-fated CBS action series, Intelligence. But he’s probably better known for his role in the Carlton Cuse and Damon Lindelof hit, Lost.

This time Josh is teaming up with writer/producer Cuse for a new series. Colony is due to air in autumn and may well satisfy my alien invasion quota now that Falling Skies is coming to an end.

In Colony, Los Angeles has been overtaken by a mysterious invading force (I’m thinking aliens), and Holloway’s character who is an FBI agent who was previously undercover during the arrival, is separated from his son during the invasion.

Some of the characters on the show choose to collaborate with the authorities and benefit from the new order, while others rebel and suffer the consequences. The occupying forces are distinguished in the series by their red hats. Good to know.

Season one of Colony will be about a family being torn apart by the stress of the occupying force…and the resistance force.