A new Game of Thrones trailer was released and it boggles the mind. The faces of Jon Snow and Tyrion Lannister appear in the Hall of Faces in the House of Black and White. What does this mean for these characters?

When last we saw Jon Snow his brothers in the Night’s Watch had got very stabby and basically murdered him. That didn’t stop the fandom from cruising down the river of denial and agreeing that Jon Snow may be dead but Jon Stark will rise from those ashes.

Is this new trailer trying to kill our hopes and dreams? The wall of dead face masks include Robb, Ned and Catelyn Stark as well as the weasel king Joffrey. We know all those characters are dead and that only the dead appear in the hall of the dead so are we to believe that Jon is deader than dead? 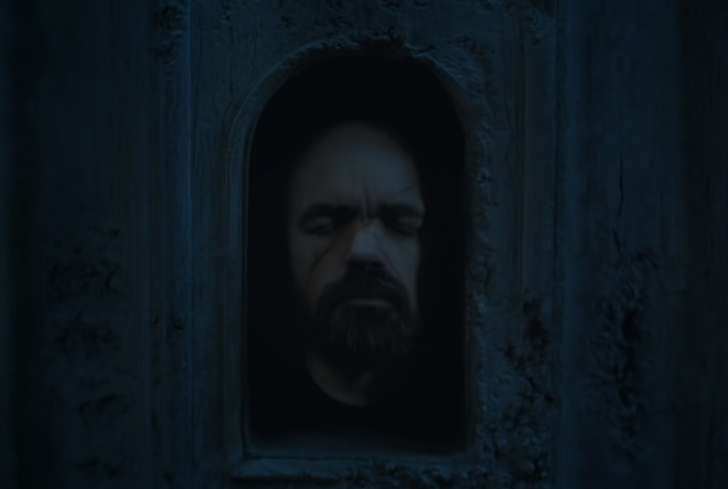 We also see the masks of Tyrion Lannister, Sansa Stark and Daenerys Targaryen. Having watched the trailer a few times, I’m pretty sure it doesn’t necessarily sound the death knell for these characters.

Valar morghulis. If all men must die, then maybe the Hall of Faces works on the assumption that everyone is already dead, which means anyone’s face can appear there. How else would there be a mask of Arya last season?

I dunno. I’m cruising down that river of denial myself and am just grasping at straws.

Game of Thrones will return to our screens in April.