Battlestar Galactica set for another reboot 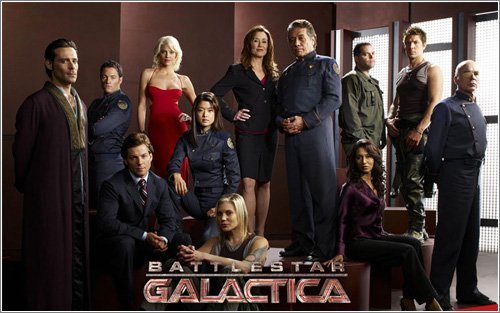 Great news for Battlestar Galactica (BSG) fans, Universal is planning to reboot the sci-fi franchise this time as a film with original series creator Glenn A Larson set to produce it.

Jack Paglen who wrote the upcoming Paramount techno thriller Transcendence starring Johnny Depp, will write the screenplay for the film, which is designed to completely reinvent the franchise.

Including the brief Galactica 1980, there have been three Galactica TV series. The first, starring Lorne Greene and Richard Hatch, ran from 1978-79 and was centred on humans engaged in a lengthy war against a cybernetic race known as the Cylons while searching for Earth. It was a bit cheesy in places but the premise was sound.

So sound in fact that it gave Writer/producer Ronald D Moore great material to reimagine the 2003 mini series that went on spawn the 4.5/5 Season Battlestar Galactica we know and love. This series showed humanity almost wiped out by the Cylons leaving a rag tag fleet of survivors to carry on and search for earth.

Moore’s version of Battlestar Galactica initially caused controversy when he had the audacity to cast Katee Sackhoff in the role of hotshot pilot Starbuck. Original BSG Starbuck actor Dirk Benedict got his panties in a bunch and publicly trashed the idea, in a now removed post on his website.  He said that Starbuck had been castrated. I personally thought that casting Starbuck as a female was a genius idea and DB should have just passed the torch on gracefully.

Original BSG Apollo actor Richard Hatch eventually warmed up to the reboot and appeared in several episodes as the devious character Tom Zarek.

I’m not sure what kind of story they can tell in a short film but I can’t wait to see what this new incarnation of Battlestar Galactica will look like. How about you?