Following the penultimate episode of the final season of Game of Thrones many fans took to social media to condemn the ruination of their beloved character Daenerys Targaryen.

Although many of us will have seen the descent into a mental breakdown coming, many others claim this heel turn is unbelievable because Dany has always been a good person, freeing slaves and whatnot. As it is Mental Health Awareness Week here in the UK, I’m going to look at Dany’s family history of mental illness and events of the last nine years to see if the results could have been different.

Mental disorders are the result of both genetic and environmental factors, meaning some mental health issues run in families. There is no single genetic switch that when flipped causes a mental disorder.

The Targaryen family have a long history of mental health issues fuelled by their propensity to marry brothers, sisters and cousins to keep the blood line pure. 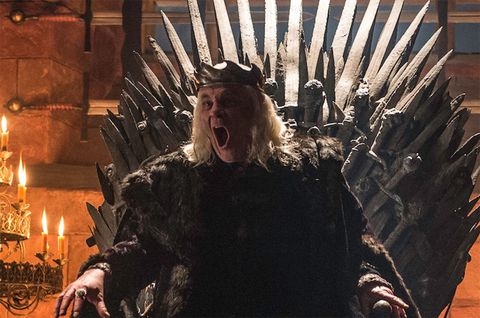 For centuries, the Targaryen’s were the ruling dynasty of the continent of Westeros. Their seat of power was the Red Keep in the city of Kings Landing. Their rule ended when Daenerys’s father, Aerys II Targaryen threatened to burn down Kings Landing along with all its citizens.

Aerys was a psychopath who also suffered from attention deficit hyperactivity disorder (ADHD), his mental health issues became more pronounced after he was kidnapped and held hostage for six months. Barely escaping with his life, Aerys developed post-traumatic stress disorder (PTSD) and became reclusive and paranoid. Believing he was surrounded by treasonous people, he become obsessed with wildfire which he used to kill more and more of his enemies.

In the event of his throne being taken away from him he concocted a plan to burn the entire city down using wildfire. Before he could set his plan in motion there was a rebellion and Aerys was killed by his own Kingsguard, Ser Jaime Lannister. His daughter Daenerys and son Viserys were forced to flee to the safety of the continent of Essos. 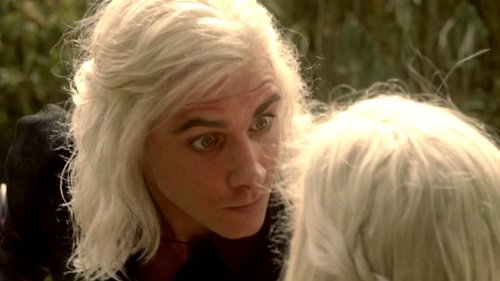 In exile, the young Daenerys had no choice but to rely on her older brother Viserys to take care of her. He had plans to one day return to Westeros to take back what he believed was rightfully his and would happily use his sister in whatever way to achieve this aim. Viserys suffered from delusions of grandeur and antisocial personality disorder and his sister was often on the receiving end of his manipulative and deceitful behaviour.

As soon as his sister came of age, Viserys married her off to a Dothraki warlord, Khal Drogo in exchange for an army to help him win back his throne.  Unhappy with the time it was taking his brother-in-law to raise the army, Viserys threatened the life of Daenerys and her unborn child. This action resulted in his death at the hands Khal Drogo.

Daenerys is completely unbothered as she watches her husband kill her brother. This was the one of the first signs that she may have inherited the father’s psychopathic traits.

Following her brother’s death and realising she was the last Targaryen and therefore rightful heir to the throne in Westeros, Daenerys vowed to return to her homeland. Khal Drogo promised to help her achieve her goal but he died before he could do that. Daenerys also lost her unborn son but she gained three dragons.

Afraid that she would succumb to the mental health issues that plagued her family, Daenerys spent six years learning to be a just ruler. She set out to do good deeds like freeing slaves and breaking the grip of slave masters in the cities of Yunkai, Astaphor and Meereen. We see this as a good thing but psychopaths have the ability to hyper focus on one task and the reward that comes at the end. 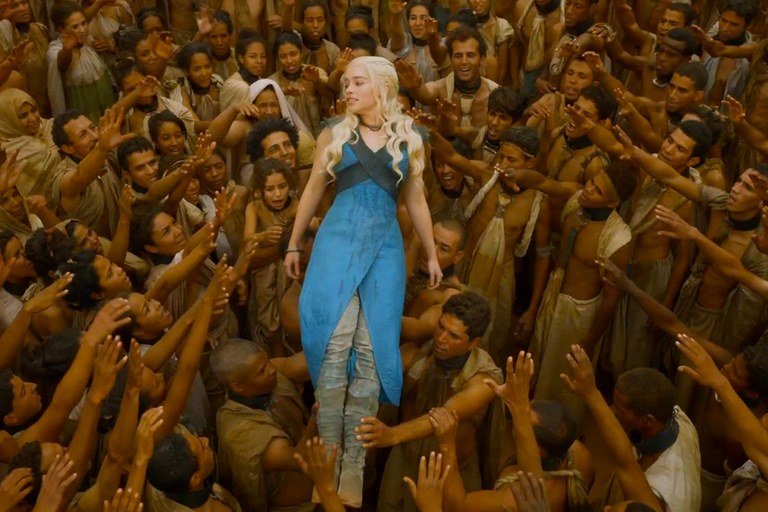 As she liberated the cities and basked in the adoration of the freed people, the signs of her illness became more apparent. Just as her father had done before, Daenerys took delight in burning her enemies to get her own way.

When she eventually sailed the narrow seas to Westeros, she was faced with the realisation that there was a bigger threat to the kingdom she had come to claim. Having spent six years hyper focused on laying claim to the Iron Throne, the Night King threat was an irritation. Although she agreed to help the North fight the dead, she kept on insisting that everyone bend the knee to her.

When she learns that Jon Snow is her nephew and rightful heir to the throne, you can see her start to fall apart. Even though Jon doesn’t want the throne, he still poses a threat to her as it’s a prize she’d spent nine years trying to obtain.

During a series of events, two of her dragons are killed, she loses half her army and two of her best friends are killed. If Jon Snow had been happy to continue a romantic relationship with Daenerys, we might have seen different results when she finally reaches Kings Landing. Unfortunately, we’ll never know as she gives into her darkest impulses, burning down Kings Landing and killing thousands of innocent people the way her father had intended to.

Now, because the final two seasons have been short, there has been no time for hand holding and whole episodes dedicated to showing Dany’s deteriorating state of mind. Instead we’ve had to rely on what we already know and what actress Emelia Clarke has been able to portray on screen just using facial expressions. She’s done a brilliant job given the givens and I for one, can buy into Dany’s decent into madness.

Like everybody else, I do wish we’d had more time to spend with the characters, a few thousand more words to flesh out character arcs, an extra episode or two to tie up loose ends in a more meaningful way. I do feel that the some of the characters were not given the attention they deserved in the final two seasons but alas, we get we’re given.