Many bloggers used the tweet count as a simple way to measure the popularity of a post at a glance so it’s a bit annoying that the facility has been removed. Twitter explained the removal in a blog post back in October but it doesn’t’ make the loss any more bearable.

Fear not bloggers there is an alternative to Twitter’s undocumented API endpoint that powered the count. 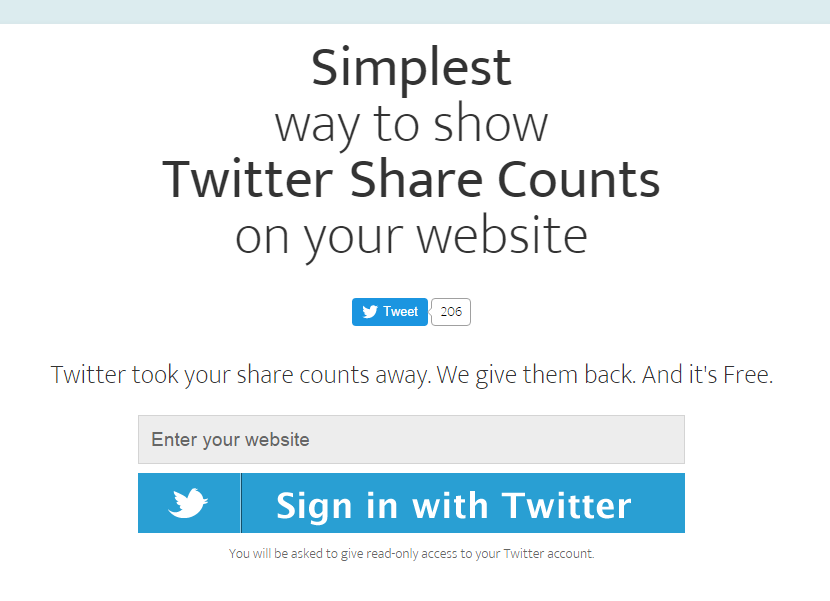 NewShareCounts is a service to track Twitter share counts of any website. It replaces Twitter’s own service and is so simple to set up, you will be up and running in minutes.

NewShareCounts also allows you to add multiple web sites to your account so there is no need to create separate twitter accounts to monitor several sites.

I tested NewShareCounts first and after simply copying and pasting code into a widget to get the service working, I wasn’t inclined to go fiddling about elsewhere on my site using the OpenShareCount method. You may prefer this service for whatever reason so don’t be put off my laziness.

Game of Thrones book delayed until after season 6 airs
Next Post: Steven Moffat to step down as Doctor Who showrunner