Star Trek legend Leonard Nimoy has died aged 83 after losing his battle with lung cancer. His wife, Susan Bay Nimoy confirmed the actor had passed away, saying the cause was end-stage chronic obstructive pulmonary disease.

Just a month ago he revealed he had a serious lung disease – THIRTY YEARS after he quit smoking.

Last week he was rushed to hospital after suffering from severe chest pain. TMZ reported that Leonard was transported to UCLA Medical Center in Los Angeles on Thursday, 19 February.

Nimoy is best known for his portrayal of Mr Spock in Star Trek: The Original series. He reprised his role as Spock in the animated series and in the Next Generation series in the two-part episode Unification. 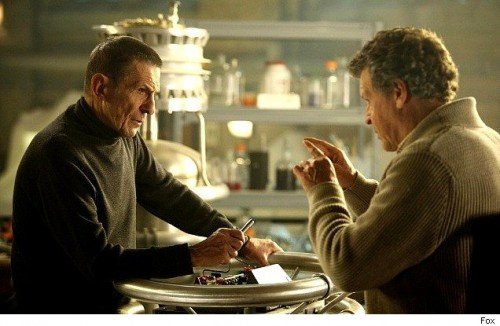 As much as I loved Mr Spock and continually use his catchphrase ‘live long and prosper’ (who doesn’t?), my favourite Leonard Nimoy role will always be William Bell from the series Fringe. Bell was a visionary scientist whose disappearance and reported death aren’t what they seem.

And let’s not forget his hilarious appearances in the Simpsons.

RIP Leonard Nimoy, you will be remembered.