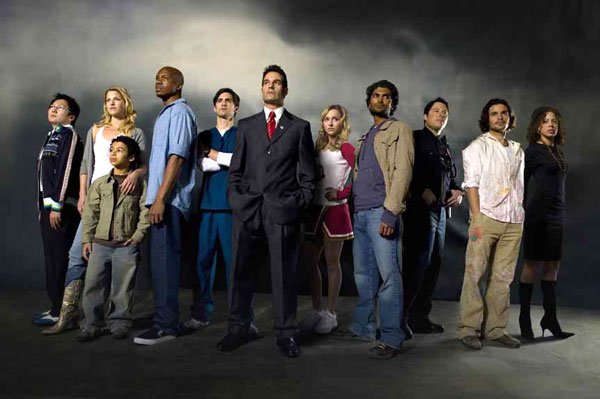 Who remembers Heroes? That awesome TV series with super-powered people that was a smash hit for a few years then tanked in season four. Well if you remember it and loved it, you’ll be pleased to know that NBC is reviving the series for a 13 part limited run.

The New show will be called Heroes Reborn (the title it is what it is) and Heroes’ creator Tim Kring will be back at the helm but any information about the cast and the self-contained storyline will be shrouded in secrecy until we get closer to the 2015 launch.

The new series is being promoted as a revival, not a reboot which is good news I think. As much as I loved Hiro Nakamura and Peter Petrelli, I’m looking forward to a completely new cast of characters. NBC Entertainment president Jennifer Salke who announced the new series, said that some of the former cast members might “pop” back in for cameos. The 20 second promo gives nothing away.

It’s been a good few years since I watched the show but if I remember correctly, it all ended with Claire Bennet announcing to the world that there were super-powered people amongst us. I wonder if the new series will pick up that storyline.

I’d like it if they pretend that that never happened. Let’s forget all about season four and make this revival what Heroes should have continued to be – a great show about people with powers who save the world but no more cheerleaders. I did love that tag line at the time though: “Save the cheerleader, save the world”. Awesome!

Are you excited about Heroes: Reborn? Would you like to see the return of a favourite?