I didn’t think the stars would align perfectly enough for me to watch the Doctor Who 50th Anniversary episode without any interruptions whatsoever, but it happened. I sat alone in my front room watching my Doctors in peace and quiet. It was awesome! 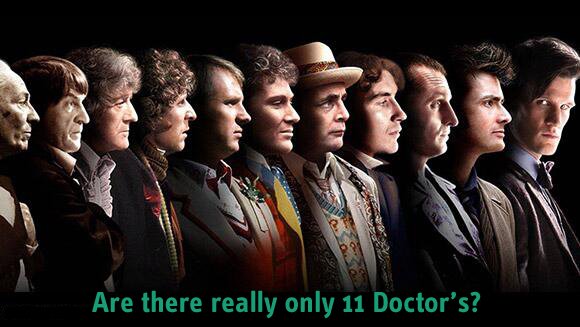 The Day of the Doctor was an awesome romp through time and space, and it’s clear that the episode was a massive hat tip to the fans, especially the final scenes. To say I didn’t shed a few tears during this episode would be a lie; my cup ranneth over with feels for sure.

I can’t actually say what my favourite parts of the show were; there was so much to choose from. It could be when Matt Smith and David Tennant appeared on screen together for the first time and I felt like I’d been cheating on Ten these past few years with Eleven. Ten used to be my favourite Doctor and then Eleven came along and just blew me away. Sorry Ten.

Seeing Ten again made me realise how much I’d missed him but the two Doctor’s together was hilarious. The three together was even better though. John Hurt as the War Doctor, I loved him. I wished they’d do a mini series of him expanding on the battle between the Daleks and the Time Lords.

This feature length special was not written to please all the people, because there is no way you can do that. As I was attempting to live tweet, I saw fans bemoaning the fact that although Billy Piper was in the episode, she appeared as Bad Wolf and not Rose Tyler. People were upset that Ten never, got to see Rose. Boo frikking hoo. I personally was over the moon that she was not Rose Tyler because I’ve been over Rose from way back. I didn’t want to see that love story messing up my feel good moments. I did love the fact that the Bad Wolf character was included though.

Also, people will clearly be fretting about the fact that there are actually 12, doctors not 11 and some won’t be able to/want to get their heads around Gallifrey being frozen in time and not destroyed because they hate Steven Moffat anyway. I’m not fussed. Gallifrey being frozen in time gives us lots of possibilities for the Doctor to return home. Where there are possibilities, there’s adventure, I’m sure.

For those miffed about the placement of the War Doctor messing up the numbers I have another spanner to put in the works. Matt Smith’s doctor is actually 13. David Tennant’s  Meta Crisis Doctor was 11, making Matt, 12. Add the War Doctor in the mix and Eleven is now Thirteen. Which means dun dun dun, The Doctor must surely meet his end at Trenzalore. As the canon states that the doc can only regenerate 12 times and he’s had all of that.

Mr Moffat initially said that there are only 11 Doctor’s as the War Doctor is numberless, but it seems he’s changed his mind and admits, Matt is the 13th Doctor.

Moffat told the Radio Times: “The 12 regenerations limit is a central part of Doctor Who mythology – science fiction is all about rules, you can’t just casually break them.”

“So if the Doctor can never change again, what’s Peter Capaldi doing in the Christmas special?”

Regardless of how much some Whovians hate Steven Moffat,  it will be interesting to see how he digs the Whoniverse out of this hole allowing for Peter Capaldi to become the next Doctor. I’m looking forward to the Christmas special.

Google doodle pays homage to 50 years of Doctor Who
Next Post: The Originals première: Always and Forever