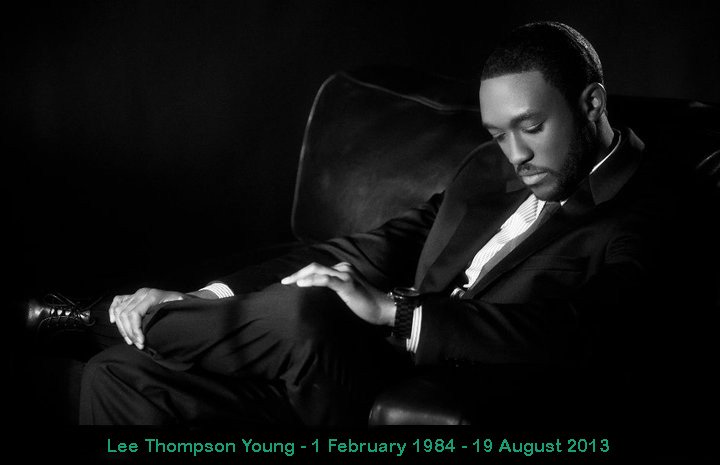 The death of Lee Thompson Young hit me quite hard considering, I’ve never met him but that is the nature of fandom. If your bright shiny star is on the TV weekly or appearing in the latest blockbuster movie, you don’t need to touch or feel them for them to have an impact in your life. The characters that they play will touch your life in ways the real person never could.

Lee was as cute as a button with gorgeous eyes and his character Cyborg in Smallville was the first time that I paid attention to him. I’ve seen Akeelah and the Bee, but I don’t remember his character that well. That’s not a bad mark against Lee as the film was all about Akeelah for me (I think I was using the film to promote a message of positivity to my young son if I recall correctly).

I haven’t’ even seen all of Lee’s body of work but I’m going to pay homage to Lee by going back and watching the stuff I have seen and writing about it.

This is my way of mourning for a man young man who died far too young and whose cry for help were very well hidden behind those beautiful eyes.

First up for review is FlashForward the show that literally started out with a bang and got cancelled on a whimper. Firm fans were still rooting for the show and hoping to save it to the bitter end. I’ll be dusting off my collection and running through those Lee centric episodes.

Next will be Smallville where Lee played Victor Stone aka Cyborg.

Rizzoli and Isles is actually my only non-sci-fi related addiction that Lee appeared in. He was in two episodes of that other promising series that was cancelled before it grew legs, The Event where he had a small part as Corporal Bell. I might re-watch that just because it’s been a while.

He also appeared in an episode of Terminator the Sarah Connor Chronicles another of my favourites cancelled before it’s time. I’m seeing a pattern here so I’m going to stop and get on to watching FlashForward.

‘Rizzoli & Isles’ star Lee Thompson Young dead at 29
Next Post: How to look cool with Twitter Cards for WordPress