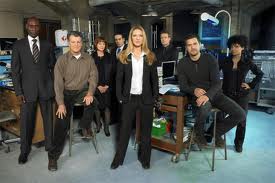 The division is based in Boston and is set up when Special Agent Olivia Dunham enlists the help of fringe scientist Walter Bishop who has been institutionalised for many years. To keep Walter in line, Olivia also enlists the help of his globe trotting son, Peter Bishop.

The team is formed after the first case in the first episode and is headed up by Special Agent Philip Broyles. FBI Junior Agent, Astrid Farnsworth is assigned to support the Science Team which mainly consists of Astrid and Walter.

The Closer – War Zone
Next Post: Return of the good stuff